The area of ​​underground flint mines with the accompanying surface processing facilities and dumps of the 4th to 5th millennium BC, i.e. the Neolithic period (Funnelbeaker culture and Globular Amphora culture) and the Early Bronze Age (Mierzanowice culture) is the world’s largest and best preserved site of this kind. It is a monument of prehistoric mining, a unique relic demonstrating the level of knowledge and technical skills of ancient peoples. The items made of the flint extracted in Krzemionki have been found in the territory of the Czech Republic, Slovakia, Ukraine, Lithuania and Germany, which proves the enormous importance and the range of influence of this ancient industry (over 600 km from the deposits). The site is the only Historic Monument in the region.

The reserve is located on the road from Ostrowiec Świetokrzyski to Bałtów. It covers the mining field area located between the villages of Sudół, Stoki Stare, Magonie and Ruda Kościelna. The reserve currently occupied the area of approximately 348 hectares. The site is parabolic in shape, with two unequal arms of a total length of approximately 4.5 km and a width of approximately 25 m by 200 m and covers an area of ​​approximately 78.5 hectares. The number of mine shafts in the area is approximately 3,000; they were dug approximately 5-30 m from one another. Their total number is estimated at 4,000. Depending on the depth of the flint deposit, it was extracted in different ways. The simplest method was open-cast mining in holes up to 2 m in depth. It was the most popular method of mining in the first period of the operation of mines. Later, more advanced methods we introduced, such as 2.5-4 metre-deep niche mines with the shaft and mining niches of 2 m in length, dug in all directions at the bottom. Also, complex pillar-chamber mines were excavated, reaching 5-6 m down, with the drifts supported by pieces of intact rock, in which the work was carried out at a distance of 8 m from the main shaft. The largest and deepest, and most technically advanced, were chamber mines; they reached up to 9 m down, and the distance to the outermost mine face was up to 20 m. The chamber mines are absolutely Europe-unique and testify to the extraordinary technical skills and precision of the adopted engineering solutions. Much is known about the conditions and organization of work of prehistoric miners. At the same time, there were from a few to more than ten people in side the mine involved in excavation, transport and processing of the extracted mineral. The height of the excavations ranged from 55 to 110 cm, so the work was done in a squatting or reclining position. The drifts were lit by small torches. Air circulation in the mine was forced by lighting several torches at the mine face and in the drift and additionally a fire at the bottom of the shaft. The entrance to the mine was protected from precipitation by canopies. Sometimes the bottom of the shaft was deepened to collect excess water and protect the niches and drifts against flooding. Close to the exit, some pre-treatment facilities were located; next, semi-finished tools were transported to the production settlements where they were shaped as needed. Besides seasonal encampments set up during the extraction season, no permanent settlements were established at the mines due to the lack of drinking water. The production settlement with the processing facilities was located to the south-east in the Sandomierz Upland; hundreds of such settlements were discovered there, for example, atop a hill called Gawroniec in Ćmielów, approximately 8 km from Krzemionki, in Stryczowice, Zawichost, Kamień Łukawski (Funnelbeaker culture) and upon the Gierczanka River, near Wojciechowice, Stodoły and Mierzanowice (Globular Amphora culture). The reserve offers a reconstruction of a pre-treatment workshop at a covered entrance to the shaft; also an underground route is available where the original Neolithic mines can be seen and a rock drawing of the Great Goddess. The museum now offers an exhibition on the natural values ​​of the reserve and their transformation as a result of the activities of Neolithic miners, and an archaeological exhibition. In addition, a reconstructed prehistoric settlement is a must-see.

The Kamienna River Basin, particularly the area between Ćmielów and Ostrowiec Świętokrzyski, was among the Europe’s biggest flint mining regions. The Krzemionki mines operated between 3,900 and 1,600 BC, but flourished particularly over the period of the Globular Amphora culture (2,900-2,500 BC). The decline of flint mining came with the arrival, at the turn of the 3rd millennium BC, of bronze as a new material for the manufacture of ornaments, weapons and tools. However, flint remained in use for a long time, yet any further mass production was out of question. Until the early 20th century, almost the entire mining area was covered by forest. The village of Krzemionki was set up between 1911 and 1914. Tillage and the extraction of limestone, and striped flint in the following years, gradually destroyed the surface traces of raw material processing workshops and the mines. 1926 saw the beginning of a campaign to create a reserve by the gradual purchasing of land; the process culminated only in the 1960s when the whole village of Krzemionka was relocated. In the 2nd half of the 1960s, two exhibition and storage facilities were built. In 2012 a new museum edifice was opened at the entrance to the mining field.

The site was discovered in 1922 by J. Samsonowicz. First archeological excavations began in 1925 under the supervision of J. Żurowski; Z. Szmit continued the research in 1926. From 1928 to 1938, the site was examined by S. Krukowski. He discovered a unique pillar-supported chamber in the north part of the mining field with charcoal drawings of a lightning, bull horns and feet. Unfortunately, the chamber collapsed. Today, the only exposed drawing is a small image of the so-called Great Goddess, which is the official logo of the museum and the reserve. The site was explored by a few generations of archeologists: M. Drewko (1945, 1948), T. Żurowski (1953, 1958-1961), J. Kowalczyk, B. Balcer and Z. Krzak (1969-1970), J. Bąbel (1979-1984, 2001-2005), S. Sałaciński, M. Zalewski, W. Migal (1985-1988), W. Borkowski (1989-2000), A. Jedynak and K. Kaptur (2008-2009). As a result of the research, a large volume of data has been obtained about: the geology and tectonics of the mining field and its organization, the types of mines, their time chronology and cultural affiliation, the extraction techniques, the operating systems and ventilation, the management of the rock output, the production and distribution of flint tools, the ownership relations in the mining field, as well as about the settlement in the area of ​​the mining field and the prehistoric art and religion. This complex is among the major monuments of prehistory of Europe.

The site is accessible to visitors during the museum opening hours.

Compiled by Nina Glińska, Regional Branch of the National Heritage Board of Poland in Kielce, 09.09.2014. 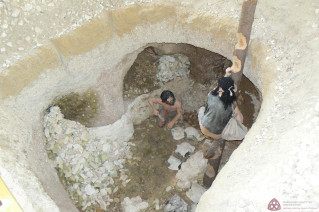 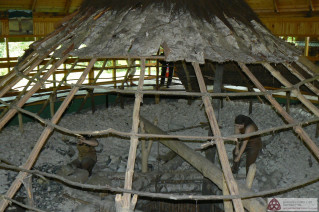 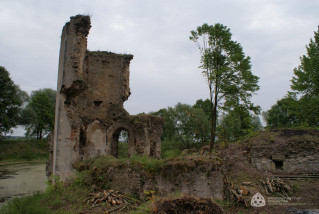 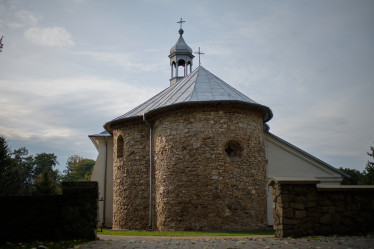 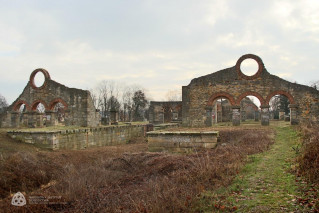 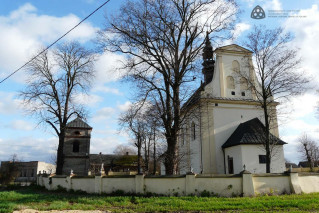 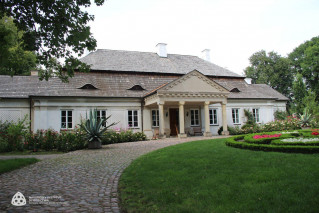 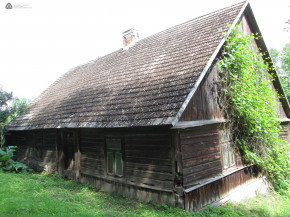