A palace forming part of the domain owned by the renowned Warsaw banker and industrialist, Leopold Kronenberg. The edifice forms an excellent example of quality historicist architecture, its design created by Artur Goebel, a disciple of the renowned architect Henryk Marconi who was mostly active in Warsaw.

The village of Wieniec (Wince) was mentioned in written records for the first time in 1252, in the charter issued by the duke of Kujawy in favour of the Włocławek bishopric. In 1255, the village was officially chartered under German Law by Kazimierz Kujawski. The mill on the Zgłowiączka river is known to have existed in the village from at least 1266. The Wieniec parish was established before 1380.

Until the period of the Partitions of Poland, the village remained in the hands of the bishops of the Kujawy region. Following the confiscation of the ecclesiastical property in 1796, the entire village was given to general Hohenlohe Ingelfingen from Włocławek, who in turn leased it out to Dawid Arendt. Before 1823, Wieniec along with the neighbouring villages of Siedlin, Kąty and Brzezie was sold to Stanisław Miączyński, who erected a Gothic Revival manor house (known today as the so-called old palace) and the accompanying grange surrounded by an English-style park in the years 1826-47.

Later on, in the years 1856-68, both Wieniec and Brzezie were purchased from the Miączyński family by the Warsaw-based industrialist Leopold Kronenberg. He chose the village of Wieniec as the site of a Renaissance Revival palace, designed by Artur Goebel and erected in 1873 or thereabouts; four years later, he also extended the manor farm complex (including the distillery). Following Kronenberg’s death in 1878, the manor came under the management of his sons - Stanisław (until 1887) and Leopold Julian (until 1937).

In 1904, the park surrounding the palace was extended and transformed, based on the design produced by Walerian Kronenberg.

Leopold Jan Kronenberg was the last private owner of the Wieniec manor. The manor was nationalised in 1944 pursuant to the decree on agricultural reform. After the war, the palace and the manor house were transformed into a respiratory hospital which continued to operate as the Department for Tuberculosis and Pulmonary Diseases of the Province Hospital in Włocławek until 2006. Unfortunately, during this period the interiors of the palace have been heavily transformed, losing nearly all of the period detailing in the process. The nearby Gothic Revival manor house was likewise substantially modified, with an additional storey being constructed above the southern suite of rooms, necessitating the addition of a row of windows piercing the curtain wall. The former aviary was converted into an enclosed structure, intended to serve as a storage facility. The guardhouse near the gate was likewise completely redesigned, losing all of the period features and detailing.

Today, the entire complex remains the property of the Marshal’s Office of the Kujawsko-Pomorskie Province, which has commissioned a thorough restoration thereof.

The complex is situated in the south-western part of the village, on the northern side of the Osięciny - Włocławek road. The buildings are surrounded by a park, its northern boundary taking the form of a broad arch. West of the park lies the former manor farm with a few period buildings. An openwork brick perimeter fence separates the site from the nearby road, with the entrance gate and guardhouse located near the eastern edge thereof. The complex consists of the Gothic Revival manor house, the palace, the former aviary and the park with parterre garden.

The palace, designed in the Renaissance Revival style, is located in the eastern part of the park, on a small hill. Traces of the former driveway can still be seen towards the east, although the surrounding area has since been transformed by the addition of an earthen rampart concealing the underground water intake point. Towards the west lies the former parterre garden with an irregular outline, the geometric layout of its walking paths still largely intact. A circular fountain basin is situated in the centre of the garden. On the northern side of the complex stands the former aviary, transformed into a storage facility during the period when the palace functioned as a hospital. North-west of the palace lies the Gothic Revival manor house, positioned along the boundary separating the park and the formal gardens.

The historical park, with a surface area of approximately 9 hectares, features a variety of tree species, including mostly ash, chestnut, elm and lime, with a few specimens evidently satisfying the natural monument criteria. The overall layout of walking paths and alleys in the park has been partially transformed throughout the years, although the primary compositional feature in the form of an oval ring of winding paths surrounding the middle section of the park has survived intact.

The palace itself bears the hallmarks of the Renaissance Revival style; designed on an elongated rectangular floor plan, the palace is positioned along the north-south axis, with the monotony of both of its shorter façades broken through the addition of avant-corps at the edges as well as square towers with truncated corners, adjoining the façades in the middle. The palace features a tall lookout basement. The middle section of the palace is a two-storey structure, whereas the side avant-corps feature an additional attic storey. The three-storey towers are topped with tall, four-sided spires.

The front façade and the garden façade both follow an eleven-axial layout, including the single-axis corner extensions. The individual storeys are separated by profiled cornices. A plain frieze framed by a pair of cornices runs above the ground-floor level. The garden façade as well as the façades of the towers and the eastern avant-corps at the corners are adorned with decorative rustication in the form of horizontal grooves. The three middle axes of the front façade take the form of a subtle avant-corps preceded by a terrace and topped with a plain roof parapet surmounted by a free-standing sculpture of a woman, which had originally formed part of a more elaborate ensemble. The edges of the avant-corps are accentuated with rusticated pilasters. A balcony positioned on the middle axis of the first-floor level projects from the front façade, accessible through a balcony door topped with a round arch and flanked by paired pilasters supporting a crowning cornice taking the form of an entablature. An annex with a rounded front section is positioned in the middle of the garden façade, standing on the site of the former terrace. A roof parapet surmounted by a free-standing sculpture of an eagle rises above the crowning cornice. The garden façade features a pair of avant-corps at the edges, with rounded outer corners and projecting porticos; each portico features a terrace at the top, supported by a pair of rectangular pillars. The windows of both façades are rectangular in shape, with the first-floor windows being framed by profiled surrounds and adorned with window headers in the form of cornice segments.

The Gothic Revival manor house lies in the northern part of the surrounding park. It was designed on an L-shaped floor plan, with the longer wing positioned alongside the east-west axis. The eastern part of the corps de logis of the manor house features an embedded tower designed on an octagonal plan, adjoined by a portico with rectangular pillars towards the east. Initially, the manor house was a single-storey building, with the projecting sections (avant-corps) featuring an additional garret. Later on, however, a second storey was added above the southern suite of rooms. The north façade features a porch in the middle, flanked by a pair of single-axial avant-corps with triangular gables. The southern façade follows a ten-axial layout with two-axial avant-corps at the edges, likewise crowned with triangular gables. The wall of the western avant-corps, partially obscured by a single-storey annex, is adorned with polygonal corner pillars topped with low finials. Its triangular gable is topped with crenellation. The front façade is accentuated by broad niches topped with Tudor arches, incorporating pointed-arch windows at the ground-floor level. The crenellated parapet rising above the series of niches provides the finishing touch. A series of rectangular windows piercing the wall at the second-floor level, right below the crenellation, is a later addition that was not part of the original design. The western façade features a subtle, single-axial avant-corps in the middle, topped with a triangular gable. The southern section of the wall is topped with a crenellated parapet. The tower is a three-storey structure with a decorative frieze above the ground-floor level and a cast iron balcony encircling the third storey, supported by decorative corbels. The top section of the structure is graced by a crowning cornice incorporating plain, rectangular panels, above which rises the crenellated parapet with stepped battlements. The walls of the tower are pierced with pointed-arch windows, accompanied by blind windows which follow a similar outline.

The former aviary is a timber-framed structure based on timber posts with diagonal braces supporting the purlins of its mono-pitched roof. The front (southern) façade is an open structure with a brick parapet between the pillars. The other façades are likewise made of brick, with windows providing illumination of the storage rooms and lavatories.

The site is inaccessible to visitors. Revitalisation works are currently underway. 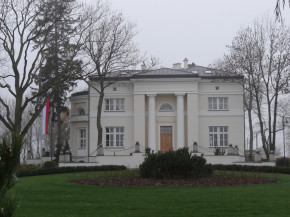 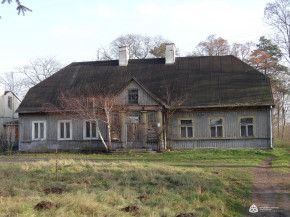 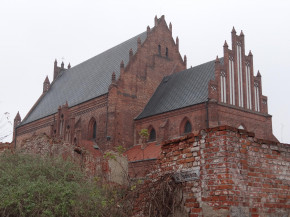 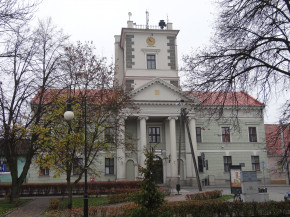 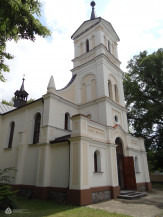 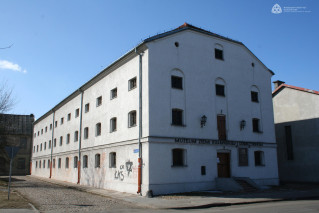 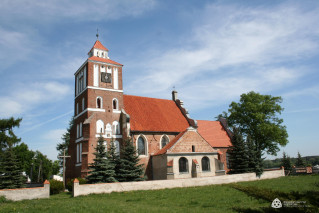 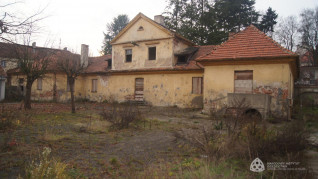