The pilgrimage sanctuary at Święta Lipka is located at the historical route between Reszel and Kętrzyn (about 15 km from Kętrzyn). This is an area of the historical Masuria region, just behind the border of the former dominium of the Warmian bishops.

The main object in the complex is the church of the Visitation of the Blessed Virgin Mary, in the form of a three-nave basilica with a separate presbytery and a two-tower facade, surrounded by a regular quadrangle of single-storey cloisters with corner chapels. From the south, the cloisters are adjoined by a single-wing, two-storey monastery building, on a rectangular plan, along with a historical annexe.

The foundation of the sanctuary, similarly to other early modern religious establishments of this type in the Warmian rulership area, was related to a story of images famous for miracles. Legend has it that the last night before the execution, Mother of God appeared to a convict, and instructed the prisoner unfamiliar with carving to make a statue of a given piece of wood. The next day, a beautiful sculpture of Our Lady with the Child was found with him. It was considered a sign that God had pardoned him and he was set free. As the Mother of God told him, the released convict placed the figurine on the first encountered lime tree on the road to Reszel. Soon the figurine became famous for miracles. When the news of miracles spread throughout the area, the residents of Kętrzyn brought the figurine in a solemn procession to a church in the town. The next day, however, the statue was back on the same tree. It was taken a second time, but returned again. It was considered God’s will and a sign to build a chapel, and then a church, next to the lime tree. This legend, most probably, developed in the 17th century, after the sanctuary was taken over by the Jesuits who were especially reverent of the Mother of God. It may be assumed, this was to strengthen the importance of this Catholic worship centre, one of three in the Protestant Ducal Prussia.

First testimonies of the Marian cult at Święta Lipka date from the second half of the 15th century; however, according to tradition, it has begun in the 13th century. There is a hypothesis that this location was not randomly chosen; it was supposed to be a place of pagan worship before. At least two chapels had stood here before the present-day church was built.

The secularisation of Ducal Prussia, apart from reducing the territory of the Warmia diocese, inhibited the Marian cult development for almost 100 years. The fact that Albrecht von Hohenzollern, the last grand master of the Teutonic Order, made a pilgrimage to the sanctuary in 1519, did not protect the then existing chapel from demolition (1526). Despite the ban on pilgrimage, worshippers continued to visit Święta Lipka. At the beginning of the 17th century, on the initiative of Warmia Bishop Szymon Rudnicki, strongly supported by King Sigismund III Vasa, the king’s secretary Stefan Sadorski purchased the land from the nobleman Otto von der Groben and destined it for the construction of another chapel, consecrated in 1619. Due to his efforts, the Jesuits were brought to Święta Lipka in the early 1630s. In 1780, after the order’s dissolution, Święta Lipka was taken under care of the diocesan clergy. The Jesuits take it over again in 1932 and have been custodians of the sanctuary to this day.

The existing pilgrimage complex was erected at the turn of the 18th centuries. The concept and its implementation were presumably connected with the artistic milieu of Vilnius; this should be associated with the fact that the Jesuit order residing at the Święta Lipka church belonged to the Lithuanian province. It was in Vilnius that the author of the concept and the first builder of the church, Jerzy Ertli, was active for many years. The building body was erected in 1687–1693, followed by the cloisters with chapels (1694–1708) and the monastic house (1695–1698). It was not until nearly 40 years after the church consecration that its facade was created (1725–1730). It is the west facade of the temple that is a hallmark of the entire complex. It owes its uniqueness to the symmetrical shaping with pilasters and niches, creating an effect of mixed light and shadow. In addition, it was adorned with a rich sculptural decoration, whose main element is a sculptural depiction of a lime tree with a figure of Our Lady with the Child on it. The pilgrimage character of the temple is emphasised by the benediction loggia on the facade, used to preach and give benedictions to the pilgrims.

The miraculous sculpture of Our Lady disappeared after the first chapel had been demolished in the 16th century. In the next chapel a painting of Our Lady of Święta Lipka was placed in 1640, made by Bartłomiej Pens, a Flemish painter living in Vilnius, copied after the painting of Our Lady from the Basilica of Santa Maria Maggiore in Rome. The furnishings along with the entire decor of the sanctuary was introduced gradually, creating a well-thought-out, stylistically homogeneous complex. The main altar was made in 1712–1714 with the foundation of Warmia bishop Teodor Potocki. It is a work of Krzysztof Peucker and Jan Dobel, as are the side altars and the pulpit (1697–1714). It is considered that the oldest elements of the temple furnishings include confessionals and benches, made in 1696. In 1719–1721, an organ was built with a front decorated with moving figures of an angelic choir. This is one of the few preserved works by the court organ-master of the Brandenburg-Prussian court, Johann Josua Mosengel, who worked mainly in Krolewiec. The comprehensive furnishings and decor of both sacristies have been also preserved.

The illusionistic polychrome was made by painter Jan Maciej Meyer of Lidzbark Warmiński in 1722–1737, with the foundation of Teodor Potocki who was already cardinal then. In the presbytery and the main nave, in the architectural setting, scenes of the Coronation of Mary, Mary as the Queen of Angels, Adoration of the Lamb, Adoration of the Instruments of the Passion, Eye of Providence, as well as figures of patriarchs, prophets, apostles and martyrs are presented; they are painted on wooden boards attached to the vault, what enhances an impression of their three-dimensionality. Frescoes in the side naves form series dedicated to the Passion, Mary, apologia of the Jesuits and, what is worth emphasising, the miracles of Święta Lipka. The whole design is complemented by a painting decoration imitating stone cladding. The cloisters were also decorated with a polychrome (scenes from the Book of Genesis and evangelical readings in a setting of illusionist architecture) and a group of stone sculptures. An exceptional work is a grillwork decorating the main entrance to the sanctuary. The spatially shaped vegetal tendril, filling the clearances of both wings, is considered a work by Jan Schwartz of Reszel.

The pilgrimage sanctuary at Święta Lipka is a uniqueclass Baroque sacred complex; it is the oldest centre of Marian cult in northern Poland which played an extremely important role in supporting the Catholic faith in the area dominated once by Protestantism. Its historical and religious significance persisting for centuries is confirmed by rich iconography and devotional literature that has been developing systematically since the 17th century and referred mainly to the miracles extolling Święta Lipka, but also to its location and stories of its establishment, which should be considered a manifestation of deliberately shaped religious policy during the reform of the Catholic Church.

The pilgrimage complex represents a very high artistic level. It manifests itself in the layout of the whole complex, the division of interior, the rhythm and repeatability of the decorative forms of architectural detailing, introducing additional visual effects with chiaroscuro, as well as in the furnishings rich in plastic art works. The aesthetic values of the entire complex are enhanced and highlighted by its location. The lie of the land and the vegetation surrounding the sanctuary create its landscape background and emphasise its architectural form. This is in line with character of the era in which the complex, harmoniously combining various fields of art, arose. It, therefore, became a source of inspiration for other pilgrimage churches in the region. 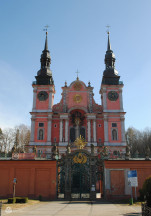 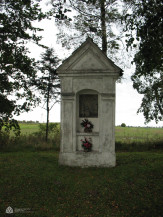 The Complex of rosary chapels 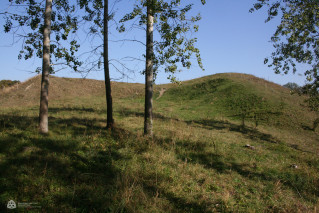 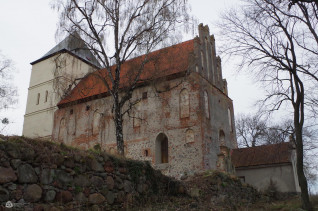 Former castle of the Teutonic Order subsequently converted into a church, currently serving as the filial church of St John the Baptist 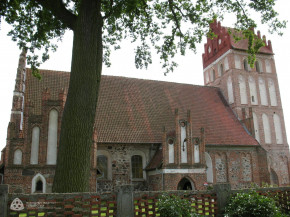 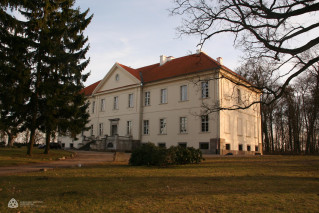 Palace and park complex with a family cemetery in Godzikowo, currently a guest house and ceramic manufacture 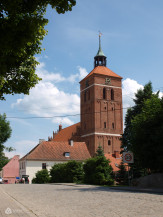 Parish church of the St. Peter and Paul in Reszel 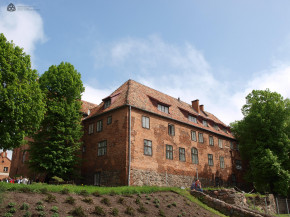 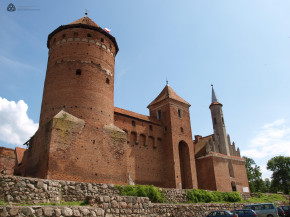 Castle of bishops of Warmia