The old parish cemetery (currently the Cemetery of Eminent Greater Poland Citizens) on the Hill of St Adalbert was created in the early 19th century as a necropolis of the parish church of Poznań - the collegiate church of St Mary Magdalene. In 1948, it was converted into the Cemetery of Eminent Greater Poland Citizens, which along with the Poznań Skałka - a crypt in the church of St Adalbert, became the place of burial of many outstanding Poznań citizens - social activists, insurgents, patriotic activists.

The historical facility is located in the area designated as a monument of history (“Poznań - the historical urban complex” - Regulation of the President of the Republic of Poland of 28-11-2008).

The old parish cemetery was created in 1808 at the initiative of the administrator [Polish: prowizor] of the parish church of St Mary Magdalene - Stanisław Kolanowski, in the northern part of the Hill of St Adalbert, on a plot of land belonging originally to the Dominican order.

The first burial took place here on 19 February 1810. In 1829, to the already fenced cemetery, the figure of the Immaculate Conception of the Blessed Virgin Mary from 1771, originally located in front of the Reformers monastery in Śródka, was transferred. In 1832, the part of the cemetery on the north-western side was taken over by the Prussian authorities for the purposes of construction of the fortifications of the Poznań Fortress. In the next year, the parish of St Mary Magdalene received a new plot as a compensation.

In the late 19th century, the cemetery was closed due to insufficient burial space (single, occasional burials were still conducted; in the interwar period, graves of the insurgents were renovated), and the parish was given a new plot of land for that purpose, at the present Grundwaldzka Street. The new cemetery fulfilled its function until World War II. At that time, some graves were transferred by Germans to other cemeteries, e.g. at Samotna Street in Poznań. After the end of the war, the terrain of the liquidated parish cemetery and the adjacent cemetery of the parish church of St Martin were designated for new buildings of Poznań International Fair.

During the battle of Poznań in January and February 1945, as a result of the acts of war in the Citadel located within a small distance from the cemetery, many monuments and gravestones were destroyed.

After the end of the war, in 1948, the old parish cemetery was transformed into the Cemetery of Eminent Greater Poland Citizens and designated as a burial place for eminent figures in the history of Poznań and Greater Poland. Despite this new function, and therefore a higher importance, the cemetery fell into ruin in the 1950s, partially due to unclear legal and ownership situation (in 1971, the cemetery became property of the State Treasury).

In the early 1960s, cleaning and renovation works were commenced at the cemetery. In the years 1961-1963, new fencing was built. During the next five years, new paths (including access paths to the graves) were designed, graves were cleaned, and many new plants were planted.

Since the very beginning of the existence of the cemetery, many persons with merits for Poznań and Greater Poland have been buried there, among others city presidents Jarogniew Drwęski and Cyryl Ratajski, historician and insurgent in the January Uprising Edmund Callier, sculptor Władysław Marcinkowski, architects Janina and Władysław Czarnecki, industrialist and social activist Hipolit Cegielski, teacher and author of “Przechadzka po mieście” Marceli Motty, general and commander-in-chief of the Greater Poland Uprising Stanisław Taczak.

The old parish cemetery, currently the Cemetery of Eminent Greater Poland Citizens, is located in the northern part of the Hill of St Adalbert in Poznań. It occupies a plot of land shaped as an irregular polygon, with an area of approx. 2 ha, limited from the north-west by the present T. Kościuszki Street, from the north-east by the present Księcia Józefa Street, and bordering on the south the property of the Discalced Carmelites monastery. From Księcia Józefa and T. Kościuszki Streets, the cemetery area is fenced by an openwork, cast fencing on a brick foundation.

The area of the necropolis is characterised by a diverse topographical relief, with preserved old-growth trees. Most of the cemetery area is formed by the slope of the Hill of St Adalbert, preceded by a meadow not used for burial purposes and descending to the north-east. The cemetery is divided into nine quarter with paths delimited in the 19th century (eight burial quarters and the meadow). In the north-eastern part, there is so-called “meadow of cholera victims”, where victims of the cholera epidemic haunting the city a couple of times in the years 1831-1873 were buried. In the south-western part, behind the fourth and fifth quarter, a lapidarium was created where valuable and threatened historic grave monuments from other Poznań cemeteries are transferred. In the lapidarium, the gravestone of Eugenia Hryniewicz, transferred in 2003 from the cemetery at Samotna Street, is stored, among others.

The oldest preserved monuments can be found in the south-western part of the cemetery, within the fifth quarter: the gravestone of Ignacy Sterzbecher (died 1810), Monika nee Szczanieckia Zakrzewska (died 1813), and Rozalia nee Moszyńska Kolicka (died 1815). Their neo-Classical forms, reminiscent of Antiquity, are most commonly columns, obelisks, stelae, and urns decorated with vanitas motifs and ornaments in the form of cymatiums and palmettes.

In the 1930s, a common form of grave monument was stone cross. In the second half of the 19th century, the place of burial, most commonly family graves, was fenced by an iron, cast fence, on which plaques commemorating the deceased were placed (e.g. grave of the Motty family).

On the cemetery, there are also grave monuments made and signed by renown artists, e.g. grave slab of Marianna nee Kolska Grandke (died in 1842), made by Karol Ceptowski. Among few surviving examples of figural grave sculpture, the monument of Aniela nee Liszkowska Dembińska of 1889, made by sculptor Władysław Marcinkowski, also buried in the cemetery, is worth particular attention.

The monument is accessible to visitors. The cemetery is open every day between 10:00 and 18:00.

compield by Anna Dyszkant, Regional Branch of the National Heritage Board of Poland in Poznań, 21-11-2014. 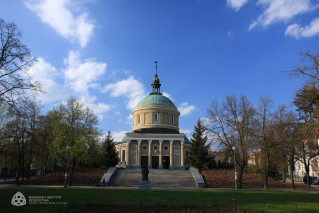 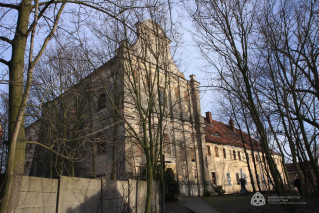 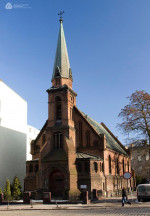 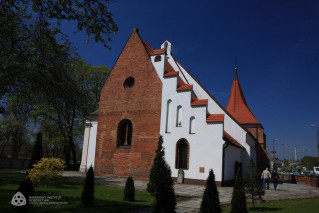 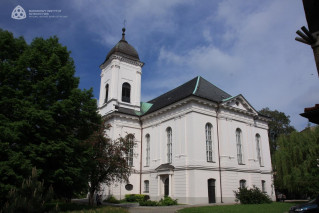 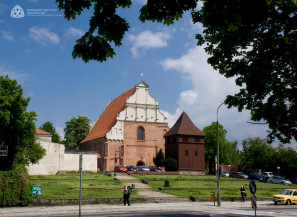