An example of an early modern castle complex exhibiting the features of a “tower-and-roundel” design, which was commonly used by the builders of fortified structures in the south-eastern parts of the Polish-Lithuanian Commonwealth.

The oldest part of the complex is the brick and stone manor (curia) building, erected during the second quarter of the 16th century by Stanisław Stadnicki and Stanisław Mateusz Stadnicki. This Renaissance mansion, reminiscent of an Italianate villa, was built on a rectangular floor plan. The building had two rooms and a roof covered with wood shingles. The entire structure was originally surrounded by an earth rampart. The Stadnicki family seat also included a garden, which is proved by the presence of a loggia facing the east which provided an excellent view of the grounds. During the second half of the 1620s, the existing manor house was incorporated into the structure of the castle, the construction of which was financed by Stanisław Stadnicki, son of Stanisław Stadnicki known as “Diabeł” (“the Devil”). From that moment onwards, the former manor house formed the north-eastern part of the castle complex. The fortified structure was built on a quadrilateral plan and originally featured two fortified towers built on a square plan out of stone and brick. In the 1620s, an Italian-style parterre garden was created; it was surrounded with an earthen rampart from the north, east and south, the rampart being a significant part of the system of fortifications. The surface of the garden in 1788 was 1.6 hectares. The old manor house survived until 1938, when it was demolished with the consent of the Monuments Conservator in Lviv. It was only during the third quarter of the 17th century that the erstwhile owner of the Dąbrówka manor, Jan Czartoryski, erected a small fortified tower in the south-eastern corner of the fortified manor as well as a curtain wall in the south. The northern wing of the complex was thus created, with the Dąbrówka castle attaining its final shape, which it retained throughout the early modern period. In the 1790s, the dilapidated castle was purchased by Piotr Starzeński. At the end of the 18th century and in the early 19th century, the Starzeński family performed comprehensive restoration and extension works, transforming its western wing into a residential structure. The last series of wide-ranging alteration works was performed in the middle of the 19th century by Wojciech Kajetan Starzeński. In years 1906-1908, at the initiative of Julia Starzeńska née Komorowska, a brick Romanesque Revival tomb chapel was erected to serve as the Starzeński family mausoleum; it became the terminating vista of the hornbeam alley, being located at its southern end. In 1947, a Ukrainian Insurgent Army unit operating in the Przemyśl Uplands led by Mykhailo Duda (known as “Hromenko”) looted the castle and set it on fire; the castle remained uninhabited ever since and has been deteriorating at an alarming pace. In years 2009-2012, comprehensive archaeological works and protective works were performed in the area of the castle. In the course of these works, the enclosure of the original manor house of the Stadnicki family was discovered, along with a staircase, cellars and remains of a drainage channel dating back to the late 18th/early 19th century. Protective works on the walls of the north-western fortified tower were also performed.

The castle complex is situated on a relatively low fluvial terrace on the right shore of the San river, in the vicinity of the former farm and park complex as well as of the road leading from Dynów to Siedliska.

The castle. The positioning of the castle complex was inextricably linked to the defence value thereof, as the area in question was surrounded by marshlands and the two reservoirs fed by the Kruszelnica stream. Today, the surviving remains of the former tower-and-roundel castle built in the 17th century include the ruins of two fortified towers in the north-west and the south-west. These brick and stone structures were built on a 10 x 10 metre floor plan. Another surviving part of the castle is a small section of a curtain wall in the west. The north-western fortified tower features two storeys; the three-storey south-western tower is also notable due to the traces of wall paintings preserved within. In the north-eastern part of the castle there are foundations of the original Stadnicki manor house, built during the Renaissance period, along with the stone cellars featuring barrel-vault ceilings.

The tomb chapel. The chapel was built in the Romanesque Revival style in years 1906-1908 at the initiative of Julia Starzeńska née Komorowska, the wife of Wojciech Starzeński, at the end of the hornbeam alley which formed the traverse landscape axis of the castle park. The building is made of brick and was designed on a floor plan consisting of two rectangles. Its walls are covered with plaster. It has a gable roof with sheet metal cladding. The body of the building consists of two single-storey sections - the chapel itself and the tomb. The structure features a single-axis front facade with a triangular pediment. The entrance portal is positioned on the axis of the facade. Inside, there is a Gothic Revival altar with a painting of Our Lady of Częstochowa. The walls are painted in a pinkish hue, while the plinth, the panel surrounds, pilasters and cornices are painted blue. The walls are partitioned into sections by pilasters positioned on tall plinths.

The park. The Renaissance parterre garden was created by Stanisław Stadnicki as early as the 1620s; it was surrounded by an earthen rampart from the north, east and south. In the late 18th century and the early 19th century, following the prior extension thereof, the garden was transformed into a landscape park which features distinctive elements such as the gazebo and a number of observation points. Most trees in the park had been planted during the period from the last quarter of the 18th century until the middle of the 19th century, although it should be pointed out that approximately 10% of the existing growth are trees which are over 220 years old, originating from the period when the fortified manor still existed, i.e. the the era of the Czartoryski, Ogiński and Podoski families.

The castle is accessible all year round.

Compiled by Andrzej Gliwa, Regional Branch of the National Heritage Board of Poland in Rzeszów, 25.06.2014. 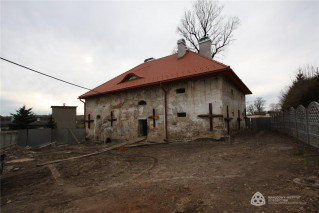 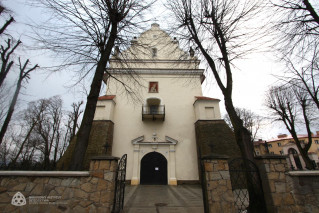 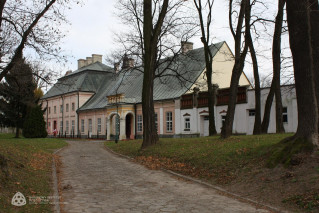 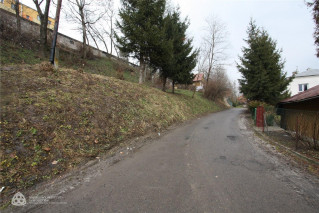 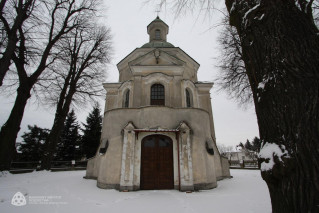 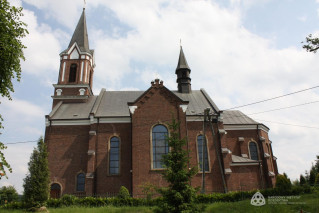