The palace in Brynek is one of the most magnificent aristocratic residences in Upper Silesia. It is an example of a Neo-Baroque structure from the beginning of the 20th century, reminiscent of Baroque French residences. The structure is highly valuable not only due to the unaltered, monumental external form, but also the very well preserved part of the original interior decoration from the times of the Henckel von Donnersmarcks and the vast surrounding areas, including a landscape park with numerous buildings.

The palace in its original, classical form was erected in 1829 on the initiative of the contemporary owners of the estates in Brynek, Połomia, Hanusek, Brzeźnica, and Pustka, i.e. the Rosenthal family. After the estate was taken over by Otton von Rosenthal in the 1860s, the structure was extended and, in 1872, remodelled in the Renaissance Revival style on the basis of a design by Karl Lüdecke. The small palace, constructed on a rectangular plan, was enlarged by side wings, situated on the east and north side of the building, and a decorative avant-corps crowned with triangular pediments was built onto the facade, whereas on the garden side, the palace was decorated with two towers inspired by early modern French solutions. An extensive English landscape park was laid out around the residence; the park was enlarged considerably in the early 20th century. In the years 1905-1908, on the initiative of the contemporary owner, Count Hugon Henckel von Donnersmarck, the palace was thoroughly renovated, or rather a new classical-Neo-Baroque structure, preserved to this day, was erected on the old foundations on the basis of a design by Karl Grosser. At the beginning of the 20th century, a complex of facilities was built to the east of the palace, including a gardener’s house, a stable with a riding hall, a carriage house, and a water tower, being examples of northern brick architecture. In the postwar period, the palace started to be used as a building of a forestry school. In the 1960s, a modern building of the Forestry Technical School, clashing with the other structures in terms of style, was constructed in the immediate vicinity of the palace, and the palace started to be used as a dormitory.

The palace and park complex is located to the south east of the buildings of Brynek, in an area enclosed by the River Soła and forests on the north side and a road running from Tarnowskie Góry to Lubliniec on the south side. The palace is situated deep in the west part of the vast English landscape park, merging naturally with the forest on the north and east sides. To the east of the palace, there is a complex of associated facilities constructed at the beginning of the 20th century, simple in form and built of brick, including: a former horse stud farm with a stable, riding hall, carriage house, water tower, outbuilding, and farm buildings, a 19th century classical outbuilding — the so-called White Villa, and a complex of garden buildings, including the so-called Hunting House, the remaining part of an orangerie, and a gardener’s house. A forester’s house in the Swiss chalet style was built in the east part of the park. In the west part of the park, in turn, near the entrance gate, a complex of heating system buildings was constructed, including a residential building for workers and a boiler house with a chimney from 1908, a washhouse, and a carriage house, as well as the so-called Red Villa. The buildings were complemented functionally by numerous other structures, including two preserved, Neo-Baroque guardhouses.

The palace is built of brick, constructed on a horseshoe plan with the yard open to the north-east. It consists of the main wing on the east-west axis, two side wings, and a chapel with semi-circular terminations, located on the west side and linked by means of a connector. The dominant element of the palace is the imposing, two-storeyed main wing covered with a high mansard roof with dormers, embellished with a triaxial avant-corps at the front and framed by two four-storeyed towers crowned with onion domes on the garden side. The much lower, three-storeyed side wings are topped with similar mansard roofs, and so is the one-storeyed chapel surmounted by a small steeple.

The layout of the splendid main wing can be divided into two suites of rooms, partially with a corridor in between the suites, while the layout of each of the side wings consists of one suite of rooms communicated with a corridor. An elegant staircase embellished with the original balusters, featuring decorative pedestals for gilded lamps and marble pedestals for vases, was located on the axis of the main wing. On the north-west side, the staircase is connected with an impressive hall leading to the ballroom, covered with a barrel vault with lunettes, supported by columns and embellished with Neo-Rococo stucco decoration. The representative rooms of the palace that have been preserved include the former ballroom (currently the school assembly hall) with its original, neoclassical design and furnishings, with a gallery supported by columns, situated in the west part of the main wing, marble columns and pilasters in the giant order, holding a pronounced, gilded entablature, a coffer ceiling with stucco decorations, and a marble fireplace, among other things. In the south-east corner of the main wing, there is a former library room with the genuine, wooden flooring decorated with Renaissance Revival ornaments, parquets, and a stone fireplace, communicated with the neighbouring small conference room located in the east tower, adorned with wall paintings with plant motifs, and — by means of the so-called secret stairs — with the historical billiards room on the ground floor.

The aisleless Chapel of St Francis of Assisi and St Hubertus, built on a rectangular floor plan with the shorter sides terminated semi-circularly, is covered by a barrel vault and a hemispherical vault. On the east side, on the first floor, there is the loge of the owners, decorated with two arches and communicated with the representative rooms of the palace. The interior design and the furnishings of the chapel, with the exception of a stained glass window depicting the bow of the Magi and the painted decorations in the loge, are modern in nature.

The symmetric arrangement of multiaxial façades, featuring fairly rich architectural details, emphasises the grand character of the palace. In accordance with the classical canon, the façades were divided horizontally, with a high, rusticated socle at the bottom and a dentilled cornice at the top. The planes of the main wing walls were embellished with lesenes, arranged symmetrically between the window openings and looking as if they supported the cornice. Depending on the storey, the size, shape, and form of window casings and Neo-Baroque elements topping the window openings were varied. A colonnaded portico, communicated with a semi-circular driveway, leads to the triaxial central avant-corps on the main facade (north-east), featuring symmetrically arranged pilasters supporting an elaborate entablature decorated with sculptures of personifications of hunting, agriculture, industry, and fishing. The axis of the facade on the garden (south-west) side, in turn, was decorated with a colonnaded portico supporting a loggia and leading to the terrace.

The residence is surrounded by a 36 ha landscape park with extensive view corridors and clearings from which the vicinity can be observed. The site is notable for valuable examples of old trees, including eastern hemlocks, Douglas firs, beeches, white spruces, cypresses, thujas, elms, lime trees, and pedunculate oaks. To the north of the palace, the park spreads in the form of a vast lawn complemented by groups of decorative shrubs and trees, whereas on the south and west sides, the park takes the form of an irregular lawn adjacent to the palace terrace. In the south-east part of the park, there is a school botanical garden with a small pond, an alpine garden, and a peatland, founded in 1946 and covering an area of several hectares.

compiled by Agnieszka Olczyk, Regional Branch of the National Heritage Board of Poland in Katowice, 28-08-2015. 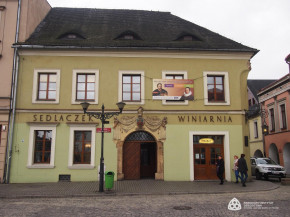 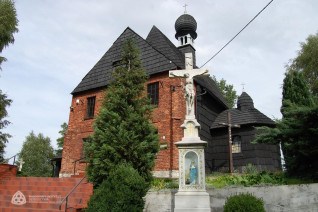 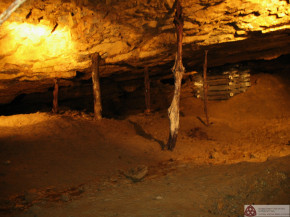 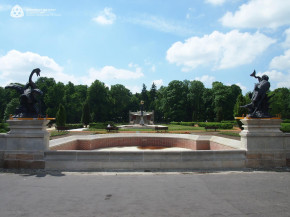 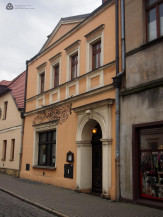 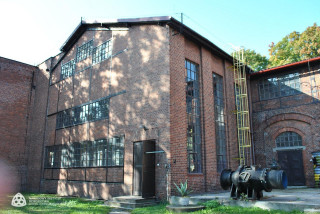 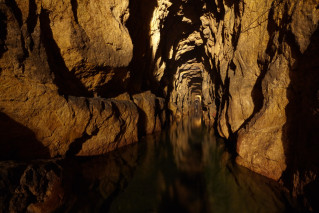 Tarnowskie Góry, Lead-silver-zinc mine and its underground water management system 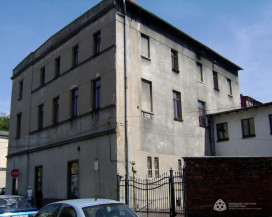 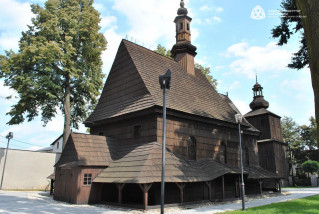 Former parish church of the Assumption of the Blessed Virgin Mary