Biechowo is a well-known Marian sanctuary (dedicated to Our Lady of Solace). Built for the Oratorian order, the Late Baroque church of Nativity of the Virgin Mary constitutes an interesting example of a church featuring a hall layout wherein the body combines an elongated shape with certain traits of a centralised composition. It is suspected that this unusual spatial layout may be due to the influence of Karol Marcin Frantz, a renowned Silesian architect who remained active in Greater Poland in years 1742-1755. Another noteworthy feature is the surviving original interior fittings which feature a uniform Rococo design approach. The building of the former monastery abuts the chancel from the west, with an 18th-century garden spreading all around the complex.

Initially the village of Biechowo remained the property of the crown. The earliest mentions of Biechowo date back to 1232. Other documents from 1234 mention a stronghold positioned on an important route between Poznań and Łęczyca. In 1252, the stronghold was also the seat of the castellan. During the 14th century, the ownership of Biechowo passed on to one of the king’s knights. In 1314, the village was acquired by the Doliwa family. After that, it was owned by the Pampowski family (16th century) and the Smarzewski family (18th century), followed by the Kowalewski family later on. The first mentions of the church in Biechowo date back to the year 1390, although the fact that it was stated that it had existed there long before suggests that it might have been built in the 11th century. During the 15th century, the church was known as the church of St Peter, later on to be renamed as the St Peter and Paul church. After 1564, the erstwhile owners of the land - the Pampowski family - donated the building to the Protestants. The church was then reclaimed by the Catholics in 1612. However, due to its poor condition, the building was soon torn down. The new church, also made of wood, was built in a different location and was consecrated as the church of the Blessed Virgin Mary and St Peter and Paul in 1677.

The cult of the image of the Virgin Mary with Child can be traced back to the late 17th century. In 1718, the erstwhile owner of Biechowo, Świętosław Smarzewski, managed to attract Oratorian monks from Święta Góra (Holy Mountain) near Gostyń to the area by erecting a wooden monastery for them. In 1725, the construction of a brick and stone church and monastery began, even though the works would soon be interrupted due to the damage inflicted upon the newly build structures by a particularly violent storm. The surviving church and monastery was founded by the subsequent owner of the land - Franciszek Kowalewski. The buildings were constructed in years 1734-1750. In the end, the works were completed in 1765. Soon afterwards, however, the newly built structures were damaged as a result of fires which engulfed the monastery complex in both 1767 and 1770. Repairs were performed soon after the fires, with the facade of the church being modified in the process through the addition of two towers flanking its central section.

In 1809, the Congregation of the Oratory of Saint Philip Neri was disbanded. The church and the remaining buildings were now under the supervision of the priests from the local diocese. It was only in 1969 that the Pauline Fathers from Jasna Góra came to Biechowo; in 1995 they performed comprehensive restoration works on the church and have extended the monastery. In years 1969-1976, the former monastic garden was converted into a Pilgrim’s Park. During the 1980s, the sanctuary served as a meeting spot and pilgrimage destination for members of the anti-communist opposition.

The monastery complex is located in the centre of the village. The dominant element of the complex is the church of Nativity of the Virgin Mary. The chancel of the church faces south. The building of the former monastery abuts the chancel from the west. The 18th-century monastic garden, currently known as the Pilgrim’s Park, surrounds the church and the monastery. The entire complex is circumscribed by a plastered wall with a gate, dating back to the late 18th century.

The Late Baroque church of Nativity of the Virgin Mary is a three-nave, three-bay structure with a hall layout and features a single-bay chancel terminating in a low, semi-circular apse. A rectangular sacristy adjoins the chancel from the east. Two chapels are positioned at the ends of the side naves. Two towers, built on a square floor plan, are incorporated into the body of the church at its northern end, with a storage facility and a staircase located in their ground floor sections. The church is covered with a tall gable roof, while the apse of the chancel features a half-dome roof. The sacristy, significantly lower than the rest of the church, has a gable roof. The entire structure is dominated by relatively low, two-storey towers with pyramid-shaped roofs.

The church is a brick building. Its walls are covered with plaster. The roofs of the church - including the towers - are clad with copper sheets. The interior features brick vaulting; the middle bay of the central nave and the chancel feature sail vaults, while the vaults above the side bays of the nave are dome-shaped, supported by arches. The side naves feature traverse barrel vaults; a barrel vault is also used for the sacristy.

The facades of the nave and the chancel are covered with plaster and are partitioned by an even number of pilasters, the profiled crowning cornice providing a finishing touch. The windows are topped with semi-circular arches. The facade is flanked by a pair of towers and is topped with a tall gable with a semi-circular broken pediment. The main entrance, positioned on the axis of the facade, is framed with a plain portal, with a window positioned directly above. The top section is divided by pilasters flanking semicircular niches. The central niche, framed by a decorative surround, houses a stone sculpture of the Virgin Mary, with the date 1750 inscribed underneath the niche. The north facade terminates is topped with a gable framed with volute-shaped decorations and crowned with a triangular pediment.

Inside, the narrow side naves open up towards the main nave in a series of semi-circular arches. The pillars between the naves, adorned with pilasters, support vaults of three different types - sail vaults, dome-shaped vaults and barrel vaults. Shallow altar niches can be seen in the walls of the side naves. The chapels which form extensions of the side naves as well as the galleries positioned above open up towards the chancel in a series of low arches. A choir gallery, resting upon a wide basket handle arch and featuring a projecting central section, was incorporated into the last, northern section of the body of the church.

The uniform interior fittings, designed in the Rococo style, include seven altars with pronounced, architectural forms, a pulpit and baptismal font as well as four confessionals. The main altarpiece is particularly interesting as it represents a type of free-standing column-shaped altarpiece, designed on a circular plan. The reredos is crowned by an openwork canopy. In the central section of the altarpiece there is a 15th-century painting of the Virgin Mary with the Infant Jesus, believed to possess miraculous qualities. It was discovered during the 1962 restoration works underneath a more recent painting executed by Krzysztof Boguszewicz in 1632, which, having been transferred to a different support, adorns the sliding panel of the altarpiece which can be moved to reveal the second painting beneath.

The Late Baroque monastery, adjoining the chancel from the west, was erected on an elongated rectangular floor plan. Its two-storey structure is covered with a tall, hipped and pent-hipped roof with sheet metal cladding, its shape enlivened by a series of dormers. The building was built of brick; its façades are covered with plaster. The ground floor rooms feature barrel vaults. The windows are rectangular in shape. Two entrances lead into the building - the northern entrance, framed by a profiled surround, and the southern entrance embellished with pilasters and volute-shaped decorations. The interior features a three-bay layout, with a corridor running alongside the axis of the building and a hall which runs across the entire building alongside its transverse axis.

The former monastic garden, incorporating the former decorative garden and the vegetable garden, was originally designed according to a regular layout, the surviving traces of which include a line of hornbeams. Today, the former garden serves as the pilgrim’s park with an outdoor altar and Stations of the Cross erected in 1976.

Both the exterior and the interiors of the sanctuary are open to visitors.

More information on the sanctuary and the Holy Mass schedule is available at www.biechowo.paulini.pl

compiled by Krzysztof Jodłowski, Regional Branch of the National Heritage Board of Poland in Poznan, 06-08-2014. 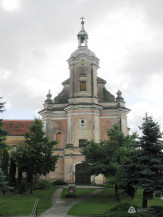 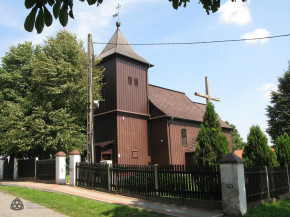 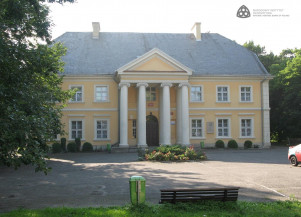 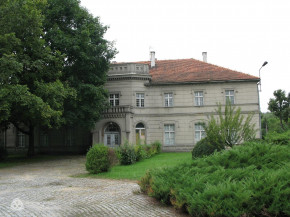 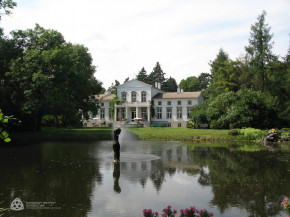 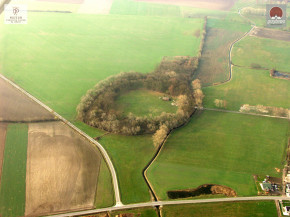 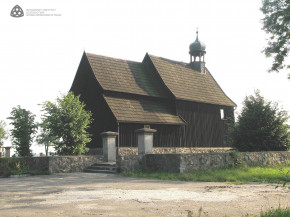 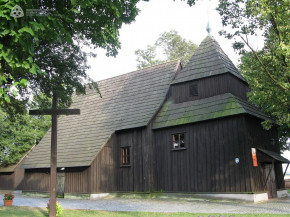