The facility is a valuable historical monument of regional importance - a relic of the once-thriving steel industry, which had existed in Ustroń for more than 200 years. The facility had once boasted the largest concentration of blacksmithing workers in Poland, with the fact that the factory was the second in Europe to manufacture a steam-driven traction engine after the English did so some time earlier serving as a lasting testament to the skills of the local workforce.

The history of the smelting industry in Ustroń begins in 1772, when, according to the available historical sources, duke Albrecht Casimir founded the first smelting plant in the area. The surrounding area offered numerous advantages to the smelting industry, including the plentiful supply of timber necessary to power the smelting furnaces as well as the location on the banks of the Vistula river, which served both as a timber transportation route and as a source of power for the forging hammers. The first smelting furnace was put into operation between 1771 and 1772, with the construction of the weir and canal commencing during the same period, the latter flowing from Obłaziec to Skoczów, where it joined the Vistula river. The facility was subsequently extended in 1780, where the “Adam” forge was built. In the mid-19th century, the facility included the “Hildegarda” rolling mill, a tin workshop, a copper processing plant, the “Albrecht” forge, the “Elżbieta” foundry, the “Teresa” and “Krystyna” hammer forges as well as a nail manufacturing plant. The smelting plant management building was erected in the early 19th century and was extended upwards by a single storey in 1844. In 1813, a new rolling mill was erected, followed by the adjoining “Krystyna” forge in the 1820s/1830s. In 1837, a new water-powered hammer forge was opened, allowing for the manufacture of heavy axles; the aim of this development was to modernise the production process as well as to improve the company’s financial results. In the 1850s, the first steam engine was installed on the site of the “Hildegarda” smelting plant, formerly known as the “Krystyna” plant. It was subsequently extended in the years 1854-1856 to include a medium-sized rolling mill. In 1862, the smelting plant was renamed from “Klemens” to “Krystyna”; in the 1870s, the entire enterprise received a new name, “Elżbieta”, while the plant in Ustroń Górny became known as “Krystyna” once again. From the 1870s onwards, the facility’s operations were gradually being wound down, with the rolling mill being moved to Trzyniec in 1877. In 1885, the bridge manufacturing plant and the “Krystyna” forge were both closed down. In 1897, the great furnace burned no more; nevertheless, the metallurgical industry still maintained a presence in Ustroń, albeit on a smaller scale, in the form of the “Klemens” forge, geared for iron processing. In 1906-1907, the iron foundry was phased out, while the boiler manufacturing line was dismantled in 1908. In 1912, the Ustroń manufacturing plant was purchased by the Breviller-Urban company and began functioning as a factory of screws and wrought-iron items. In the 1940s, the facility changed ownership on several occasions; on September 15, 1948, it was finally nationalised and renamed as the Ustroń Smelting Plant. The facility underwent a comprehensive modernisation in the years 1946-1950, with the most significant development being the conversion to gas power. In the 1970s, some of the forging hammers were replaced by presses. In 1976, the construction of the forging press and screw press hall was completed. The construction of the new heat treatment hall began during the same period. In the 1990s, the privatisation process commenced, gradually extending to all the individual departments; five years following its completion in 2003, the entire facility was closed down on August 31, 2008. The former “Klemens” smelting plant management building, erected in the first half of the 19th century, has served as the headquarters of the Jan Jarocki Smelting and Forging Industry Museum, accentuating the industrial lineage of the town and preserving the traces of its more than 200-year-long heritage.

The administrative building of the “Klemens” smelting plant is situated in the southern part of town, alongside the Hutnicza street, its front façade facing the road. It is currently the oldest surviving building of the former smelting plant, designed in the eclectic style with Gothic Revival and Neoclassical influences. Designed as a single-storey, free-standing brick structure with a plaster finish, the edifice was erected on a roughly rectangular plan, its compact body covered with a gable roof, its ridge running in parallel to the street. The rear façade of the building is enlivened by the presence of a two-axial central avant-corps, while the front façade features a modern wooden verandah with latticework side walls preceding the main entrance. The building features a two-bay, three-axial interior layout. The façades are pierced with rectangular windows; the rear and the side façades are devoid of any decorative flourishes whatsoever. The eleven-axial front façade with a central entrance features simple decorations in the form of plain lesenes at the corners of the building as well as a profiled cornice running beneath the eaves, featuring a rhythmic arrangement of corbels. The section of the building incorporating the 5th, 6th and 7th axis features an additional storey. The simple façade of this section of the edifice is accentuated by plain lesenes and a cornice similar to that which graces the ground-floor level; in addition, a bas-relief depicting a coat of arms with mantling and a ducal coronet can be seen on the sixth axis of the building. Inside, there are vaulted ceilings of the barrel type on the basement level as well as a vestibule with a barrel vault with lunettes, supported by structural arches. None of the original fixtures and fittings have survived; the building serves as a museum, with the individual rooms housing various ethnographic exhibits, collections related to the history of the local minorities as well as an exhibition dedicated to the history of agriculture and industry.

One of the first developments to be carried out in Ustroń was the construction of the “Młynówka” canal which served as a transportation route for timber as well as a source of energy powering the forging hammers. The administrative building is accompanied by a pond with a total surface of 6200 square metres, deepened in the 19th century and designed for water accumulation; along with the other hydroengineering facilities, it forms a vital part of the former “Klemens” smelting plant complex.

The building serves as the Jan Jarocki Museum; it is open daily, with specific opening hours and admission prices available on the museum website.

compiled by Agata Mucha, Regional Branch of the National Heritage Board of Poland in Katowice, 09-30-2014. 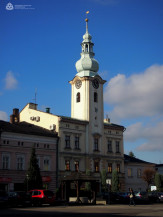 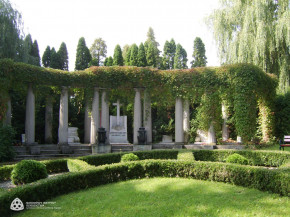 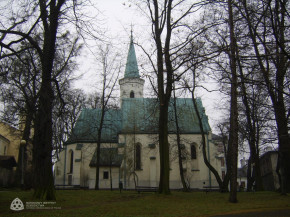 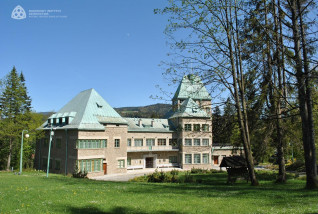 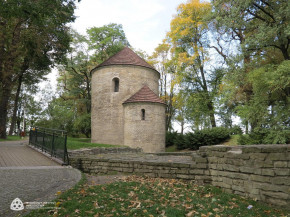 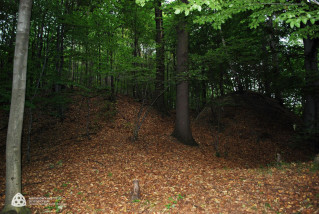