The church is one of the three medieval churches surviving within the limits of the historic town walls in Racibórz. Despite the contemporary modifications related to its reconstruction following numerous fires, the structure is a well-preserved example of a former Dominican church in terms of layout, shape, and size.

So far, the exact time of construction of the church has not been determined in an unambiguous manner. It is traditionally accepted that the parish was established in 1205; however, it is now suspected that the church - in its current form - was erected at the initiative of the local residents in the early 14th century, replacing an even older structure, most likely dating back to somewhere around the mid-13th century and lost during the devastating fire which swept across the town in the year 1300. The early-14th century church, most likely modelled after the design of the nearby Dominican church of St James and believed to incorporate the same building techniques, is a three-nave hall church with an elongated chancel with a polygonal eastern end section as well as a monumental westwork originally fitted with a pair of towers. The preserved remnants of architectural detailing dating back to the aforementioned period, the bays divided by paired windows and the proportions of the hall church indicate that the parish church of the Blessed Virgin Mary and the nearby Dominican church of St James share a common artistic provenance, with some researchers linking them to the masonry workshop which was also responsible for the construction of a group of churches accompanying mendicant monasteries in Silesia and Moravia (including Żary and Oświęcim).

From the first half of the 14th century, the church underwent alteration works in the form of addition of successive chapels and annexes which have distorted the purity of its Gothic silhouette. In 1377, the chapel of Corpus Christ was erected, serving as the final resting place for members of the local clergy. When the collegiate chapter was moved from the castle chapel to the parish church in 1416, a new, two-storey annex was added to the southern façade of the chancel, designed to accommodate both the chapter house and the treasury. In 1426, the church was engulfed by fire and partially destroyed; its northern tower has never been reconstructed in its original form. In the years 1426 - 1446, a chapel was added to the front façade, designed for the faithful of the German origin. From 1479 onwards, this chapel has been referred to as the Polish chapel. During another fire which swept across the area in 1546, the 14th-century, hexapartite vaulted ceilings of the chancel as well as a number of other parts of the church have been completely destroyed; the vaulted ceiling was later rebuilt, albeit as a cross-ribbed design. In 1574, the church was engulfed by the flames yet again, resulting in the destruction of the interior as well as of the 14th-century southern tower. The hall interior of the church was later redesigned and received a new layout, its space divided by rows of octagonal pillars supporting the stellar vault above. A new northern tower, crowned with a Renaissance roof parapet, was erected during the same period. In 1774, yet another fire damaged the church, necessitating another reconstruction effort which also encompassed the redesign of the nave. The western part of the nave now featured vaulted ceilings of the groin type, while the Polish chapel was reconstructed in the Baroque style. In 1891, the existing nave was extended southwards through the addition of a two-nave, eight-bay hall. The church suffered severe damage during World War II in 1945, and was later reconstructed in the years 1948-1949. The reconstruction efforts focused on the original, historical elements of the design, with the additions and layers dating back to the 19th century being removed in the course of reconstruction efforts. In 1960, the existing northern tower received a new top section in the form of a Gothic Revival spire.

The church is situated within the limits of the former city walls, in the south-eastern corner of the market square, forming part of the city block located between the A. Mickiewicza, Nowa, Szewska and J. Długosza streets. The church, oriented towards the east, consists of a rectangular, three-nave main body of the hall type and a narrower, elongated, five-bay chancel with a semi-decagonal termination. The so-called Polish chapel, added during the 15th century, forms an extension of the nave; the western side of the chapel is adjoined by a 16th-century tower, designed on a square floor plan, while the southern side of the chancel is adjoined by a rectangular, 15th-century annex containing the chapter house and the treasury. The compact main body and chancel of the church are covered with separate gable roofs, divided by the gable-end wall of the nave, surmounted by an arcaded steeple. The stout tower with a Gothic Revival spire forms a dominant feature of the building’s silhouette. The individual façades of the church are designed in the Gothic style and are enlivened by the presence of symmetrically arranged, stepped buttresses as well as pointed-arch windows arranged either in pairs (in the nave) or as single units (in the chancel), with some of the window openings still adorned with 14th-century tracery. In addition, the northern façade of the main body still features the original stone portal of the side entrance, topped with a Gothic pointed arch. The monumental and relatively squat tower, designed on a square plan and reinforced with buttresses, features an octagonal upper section adorned with wimpergs and pinnacle-like corner turrets. The interior of the church is an example of early modern design. The chancel and the nave are separated by a chancel arch wall with a pointed-arch aperture. The five-bay chancel features a ribbed groin vault, its ribs flowing seamlessly into the original, clustered wall ribs which form part of the earlier, 14th-century vaulted ceiling. In addition to the pointed-arch windows, these wall ribs remain the sole decorative element comprising the architectural articulation of the walls. The interior space of the hall-type nave, on the other hand, features an 18th-century groin vault supported by six octagonal pillars, with the exception of three eastern bays, which contain the reconstructed stellar vaults resting on profiled corbels. The western bay of the nave houses a masonry organ gallery, separated from the church and the Polish chapel by arcaded apertures. A distinctive feature of the nave is that the windows of individual bays are arranged in pairs. The three-bay Polish chapel is covered with a barrel vault with lunettes, supported by engaged pillars standing against the wall, their surfaces adorned with Ionic pilasters. The interior of the chapter house features a ribbed groin vault consisting of four cells, supported by a central pillar. The preserved original fixtures and fittings include four Baroque side altarpieces from the years 1672-1690, positioned along the eastern wall of the nave and at the ends of the side aisles, as well as the main altarpiece, reconstructed during the post-war period based on the Early Baroque original, crafted by Salomon Steinhoff in years 1656-1660. In addition, the interior is also graced by numerous Baroque sculptures, most of them originating from the canon stalls created by S. Steinhoff and subsequently lost during the war. Other surviving items include a pair of early modern headstones, including a tomb slab from 1706, adorned with the sculpted image of prelate Marcin Korriger, as well as a Baroque epitaph plaque with the bust of Andrzej Scodonius, the provost of Opole, created in the second half of the 16th century.

The church is open to visitors at all times except during the mass.

compiled by Agnieszka Olczyk, Regional Branch of the National Heritage Board of Poland in Katowice, 19-09-2014. 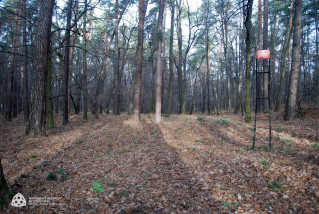 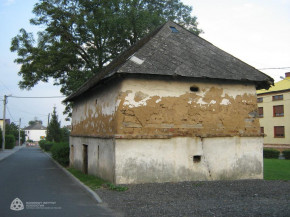 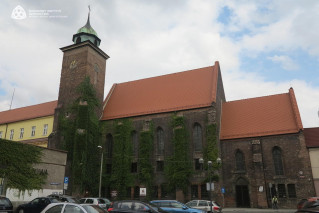 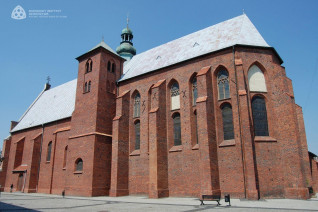 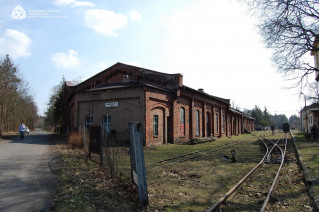 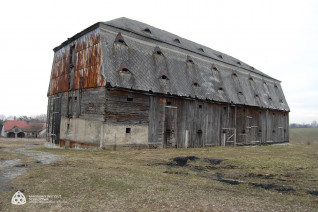 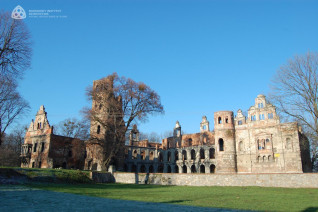 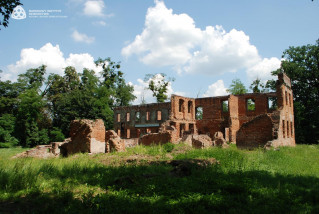