The cemetery, which is in fact a complex made up of a number of burial sites, has significant compositional, architectural and landscape values. It serves to commemorate the dramatic events of World War I.

The cemeteries are located on the western side of the main communal cemetery in Przemyśl, flanking the former fortress road (currently Przemysława street) which leads to the Zniesienie hill. The surface of the cemetery is approximately 2.78 hectares.

The cemetery for Austro-Hungarian constitutes the greatest part of the war cemetery complex. It occupies the area inside the Przemysława street bend, on the southern side of Grochowska street. Traces of longitudinal mass graves with no grave markers survive in the western part of the cemetery. The central section features simple crosses made of black granite, which stand on a grassy side of the hill which slopes towards the east. A separate military cemetery containing the graves of Polish soldiers who were killed or died after 1918 is located in the north-eastern section of the cemetery.

The cemetery for German soldiers is located in the central part of the complex, on a hill side which slopes towards the east. A characteristic feature of the cemetery is its monumental design. The cemetery was built on a rectangular plan and surrounded with a tall brick wall, covered with plaster and painted white, with openwork sections made of vertical oak stakes. The western section of the fence is solid and divided into segments by broad posts. A monumental gate preceded by broad steps is located in the centre of the eastern section of the fence. The gate is flanked by two tapering, fluted pylons topped with ovoid cabochons surmounted by crucifixes. The pylons are connected with a lintel beam with an inscription in Gothic font set into an elongated recess: „Deutschlands Heldensöhne”, which translates as “the heroic sons of Germany”. The gate features a reconstructed double door with black eagle emblems - the symbols of the German Empire - as well as the dates 1914 and 1915. The inner sides of the doors are decorated with iron cross symbols. Broad steps flanked by retaining walls which are clad with stone tiles lead up from the gate. Information plaques are positioned ahead of the steps, on both sides thereof; on the left hand side there is a plaque in Hungarian and English, while on the right hand side there is a plaque in Polish and German. The text on the plaques reads as follows: “The cemetery for German soldiers killed in years 1914-1915, consecrated on 1.XI.1916. Renovated by the Volksbund Deutsche Kriegsgräberfürsorge in cooperation with the authorities of the city of Przemyśl, 1992”. The steps lead to a stone altar placed in a niche which contrasts with the white plaster walls of the western fence. The altar is topped with a triangular stone pediment. In the middle of the altar there is a large, square, plastered niche, painted white, with a decorative black and white plaque adorned with a German iron cross, the letter “W” and the date “1914”. The area on both sides of the steps forms four sloping, grassy burial plots containing mass graves, marked by a row of tall, plain concrete crosses; the crosses are painted black, with white borders. Small stone walls mark the edges of the burial plots, between which the paths for cemetery visitors lead.

The cemetery for Russian soldiers is located in the southern part of the complex, inside the bend of the former fortress road (currently known as Przemysława street). It is a grassy area with eight rows of mass graves which, today, are almost impossible to distinguish. In the middle of the area, set against the background of tall chestnut trees, there is a rectangular concrete wall, erected in 1995, painted in a cream colour. A large plaque in the form of a triptych is affixed to the wall. The central section of the plaque depicts the bust of Christ, with inscriptions in Polish and Russian on the left and right hand side respectively. The text on the plaque reads as follows: “HERE LIE 9000 RUSSIAN SOLDIERS KILLED IN YEARS 1914-15 DURING THE BATTLE OF THE FORTRESS OF PRZEMYŚL”. Two tall, steel crosses stand in front of the plaque.

The cemetery for unknown Austro-Hungarian soldiers is located on the eastern side of Przemysława street, on a grassy open ground which slopes towards the communal cemetery. The cemetery was designed on a plan which approximates the shape of a trapezium, divided into three large burial plots. The burial plots are marked by double crosses made of stone with truncated arms, connected by a concrete bar onto which stone plaques which read “Feld A”, “Feld B” and “Feld C” are affixed. The burial plots are divided by stone retaining walls, with a long path leading between them, across the slope of the hill. The upper plot (plot A) consists of eight long mass graves marked by rows of simple crucifixes made of dark granite. The shafts of the crosses feature plaques with inscriptions in Polish, German and Hungarian, which reads: “Cemetery for Austro-Hungarian soldiers killed in battle in years 1914-1918”. Today, the entrance to the cemetery is located in its south-eastern corner. The lower section of the cemetery is divided into two burial plots (B and C), intersected by broad steps in the middle. The lower burial plots contain two mass graves each, marked with crosses similar to those on burial plot “A”. The steps themselves lead on to a granite plaque which proclaims: “Cemetery for Austro-Hungarian soldiers killed in battle in years 1914-1918. Cemetery renovated owing to the efforts of the Austrian Black Cross and the municipal authorities of the city of Przemyśl. 1987.10.17”. A large, wooden cross rises above the plaque.

The cemeteries are accessible all year round.

Compiled by Adam Sapeta, Regional Branch of the National Heritage Board of Poland in Rzeszów, 24.08.2014. 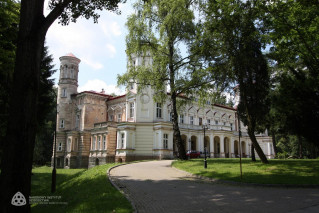 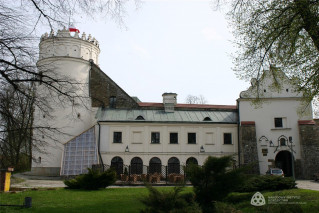 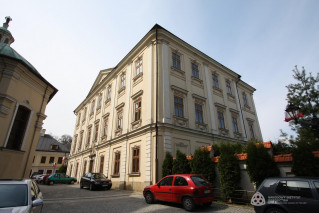 Complex of the Palace of Bishops 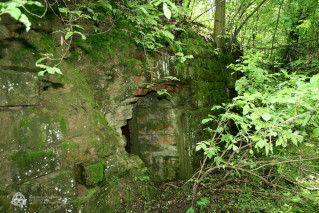 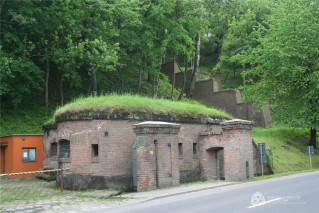 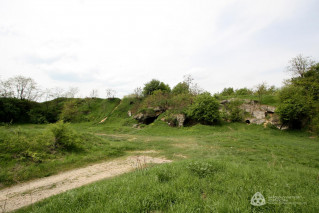 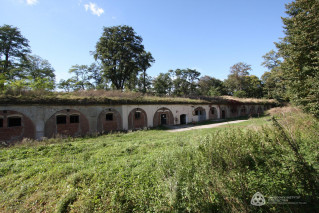 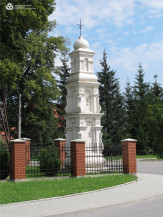 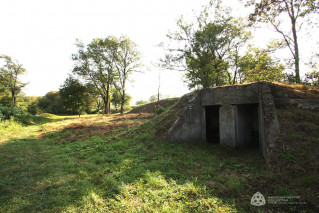