One of the most valuable of all cemeteries in Poland, believed to have originally been founded back in 1794. The cemetery is in fact a unique complex made up of four distinct graveyards, three of them allocated to specific denominations. The cemetery features the greatest collection of headstones dating back from the 19th century until the modern times anywhere in the Lublin region. It is a multi-national cemetery where people of different religions have found their final resting place, as did many eminent persons who had made great contributions during their lifetime not just to the city of Lublin, but to the life of the country as such. Many of the surviving headstones are valuable pieces of sepulchral sculpture.

In 1794, the bishop of Lublin and Chełm, Wojciech Skarszewski, issued a permit for the establishment of a Roman Catholic cemetery on the land which was the property of the Bridgettine Order. It was located in the so-called Rury district, hence its initial name - the “Rurski” or “Na Rurach” cemetery. This choice of location was the direct consequence of the new regulations introduced towards the end of the 18th century which provided that all cemeteries were to be moved beyond the city limits. Initially, however, the residents of Lublin were reluctant to have their loved ones buried there. It was only in 1811 that the cemetery started full-scale operations. It is believed that the first people to be buried here were freemasons. The parishes which made use of the cemetery were the parish of St Michael, the parish of St John (from 1832) as well as the parish of the Conversion of St Paul (from 1884 onwards). The cemetery was accessed by means of an alley lined with lime trees, initially known as “Grobowa” (Grave Alley) and then as “Cmentarna” (Cemetery Alley).

Initially, the cemetery occupied a rectangular plot of land with a total surface of 3 morgen, surrounded by a low picket fence with brick posts. Lime trees were planted throughout the cemetery. This fact has led to the graveyard also being referred to as “Pod Lipkami” (Under the Lime Trees) or “Lipki” (Lime Tree Cemetery). In subsequent years (1853, 1870, 1899), then original site was gradually extended. Somewhere around 1862, the cemetery received its brick perimeter wall. In 1837, the tomb chapel of Christ Crucified was erected; today, it serves as the rectoral church of All Saints.

During the 1920s, the cemetery was extended by a further 2.9 hectares of land towards the west. Today, the surface of the cemetery, at approx. 21.30 hectares, is much greater than that of the original.

As the cemetery grew larger, its very nature has begun to change, with people of different faiths being buried here. During the 1820s, an Evangelical cemetery was established on a plot of land which adjoined the original Roman Catholic cemetery to the north. The Orthodox section, bordering with the Roman Catholic cemetery to the west, was founded somewhere around 1840. In years 1902 -1903, the Orthodox chapel of the Myrrhbearers and of St Elias. Both sections were separated from the rest of the cemetery by a fence, with gates leading from the Cmentarna street (Cemetery street, renamed as Lime Tree street in 1912) facilitating access to the site. The gate leading into the Orthodox cemetery, reminiscent of Byzantine architecture, was erected in 1903 based on the design by G. Artynow.

Somewhere around the mid-19th century the cemetery site was put in order with the introduction of divisions into sectors and burial plots intersected with alleys that formed a checkerboard pattern.

The cemetery became the final resting place for many eminent persons, including reverend Piotr Ściegienny, the writer Klemens Junosza-Szaniawski, the famous linguist and ethnographer Hieronim Łopaciński, the physician Kazimierz Jaczewski or the engineer Teofil Laśkiewicz. In the Augsburg Evangelical section, members of the families of the greatest industrialists of the city of Lublin (the Hess, Krausse, Moritz, Plage, Vetter and Semadeni families) were buried. The mass graves of the insurgents who lost their lives in the January Uprising as well as of the so-called “Children of the Zamość Region”, murdered by the Nazis. The numerous headstones of high artistic value include the works of renowned sculptors such as Andrzej Pruszyński, Konstanty Laszczuka, Bolesław Syrewicz and Antoni Kurzawa.

In 1915, part of the cemetery was designated for use as an army graveyard, partially at the expense of the Roman Catholic and Orthodox parts of the necropolis. This section - which later became the municipal cemetery - is accessible from Biała street. This part of the cemetery contains the graves of Austro-Hungarian soldiers, burial plots dedicated to the members of the Polish Legions, Polish soldiers who died during the war against the Bolsheviks in the 1920s, the Polish Armed Forces troops killed during the defence of Lublin as well as victims of the 1939 aerial bombing (including the poet Józef Czechowicz). In addition, there is also a grave dedicated to the victims of the Katyń Massacre.

The cemetery is located in the western part of town, on a site positioned between the Lipowa, Narutowicza, Głęboka, Rabee, Obrońców Pokoju and Ofiar Katynia streets.

It is divided into the Roman Catholic, Evangelical and Orthodox sections as well as the former army cemetery, currently serving as the municipal cemetery. With the exception of the latter, the lines separating the individual adjoining parts are irregular in shape. Each part of the cemetery has its own fence, with the entire site being circumscribed by a perimeter wall with the main entrance leading from Lipowa street; once there, the visitor will be confronted by neighbouring gateways leading off into the individual sections of the necropolis. The former army cemetery is also accessible from Biała street, while the Roman Catholic cemetery may be accessed from Wiercińskiego street. The longitudinal axes of the cemeteries run along the south-east - north-west line.

The area of the cemetery complex has a total surface of about 21 hectares and is overgrown with old trees as well as myriad species of shrubs.

The Roman Catholic cemetery has laid down the pattern for the checkerboard layout with intersecting alleys and burial plots. The oldest section of the cemetery - the south-eastern one - is dominated by the silhouette of the chapel which rises above the necropolis.

The composition of the Orthodox cemetery is based on an L-shaped plan with access ensured by an alley which intersects the neighbouring Evangelical cemetery. In the north-western part of this section of the necropolis there is an octagonal chapel which serves as a mausoleum and shrine. This structure stands atop a centrally positioned hill, its design featuring many references to the Classicist style.

The military cemetery, currently serving as the municipal cemetery, consists of two adjoining rectangular sections divided by an alley ending with a shrine concealed within the apse of a small chapel. Walking down the other alley, positioned perpendicularly towards it and leading from the entrance gate on Biała street, the visitor exploring the site will ultimately reach the Roman Catholic cemetery. The army cemetery is divided into fairly regular burial plots, with the monument to the Polish Legions and the symbolic grave of the victims of the Katyń Massacre instantly defining the surrounding landscape. The eastern part of the cemetery, designed on a rectangular plan, features regular divisions into individual burial plots. The whole site is overgrown with trees and shrubs.

The site is accessible all year round between 6 AM and 10 PM.

compiled by Anna Sikora-Terlecka, Regional Branch of the National Heritage Board of Poland in Lublin, 21-11-2015.

Evangelical-Augsburg church of the Holy Trinity 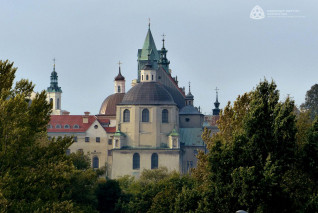 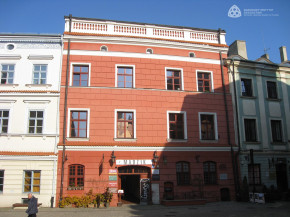 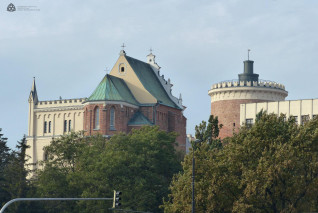 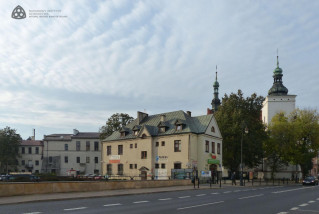 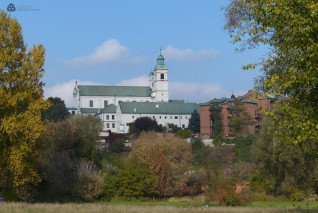 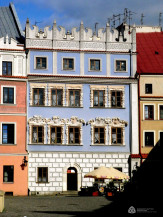 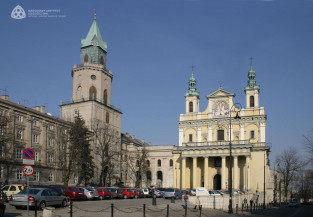 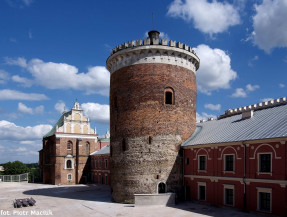