Vistula Boulevards are an outstanding example of the art of engineering, harmonized with the urban layout and the architectural landscape of the city. Additionally, they display scenic values and offer the panoramas of Wawel, Skałka and the Manggha Museum of Japanese Art and Technology.

The Vistula River, along with Wawel Hill, determined the spatial development of Kraków. Safe passages across the river influenced the establishment and development of the city. Kraków found itself at the junction of the major trade routes, among them the “High Road” leading from Western Europe to Ruthenia, and the trail from the south towards the estuary of the Vistula and the Baltic ports. Until the 13th century, the riverbed was shaped more or less like today, but shortly after the incorporation of the town in 1257, the authorities decided to move the river closer to the new urban settlement. Between Skałka and Dębniki, a dam was erected, and the river flowed behind Wawel to the east, across today’s Planty Dietlowskie and further along Daszyńskiego Avenue. The former bed was supplied by the Wilga River, called the Zakazimierka in the 14th century (after Kazimierz which received its city rights in 1333). From the mid-17th century the old Vistula began to recede, slowly turning into a stinking pool. Numerous cholera occurrences in the 19th century forced the authorities to take radical steps. A 1866 design proposed the channelization of this section of the river with greenery and promenades above. However, in 1873, the City Council decided to fill the watercourse and establish Planty Dietlowskie. Gains from the trade on the Vistula were offset by the losses caused by regular flooding. The first flood was recorded in 1253. The city records have reported similar disasters very often ever since. Particularly destructive were the floods of 1813 and 1903. It was therefore decided to invest in a flood control system. On 11 June 1901 the Austrian Parliament passed a government bill (file by Prime Minister Ernest von Körber) on waterways. As a result, a special state fund was established for the construction of canals. The boulevards were not only intended as a means to control flooding in the area of Kraków and Podgórze (separate administrative units until 1915); the project was part of the waterway connecting the Danube, the Oder, the Vistula and the Dniester - it was one of the most ambitious investments of the Habsburg monarchy in the early 20th century. The project was to be supervised by the Directorate for the Construction of Waterways at the Ministry of Trade. During the preparation of the construction design and collection of funds, on 12 July 1903, the Vistula waters broke into the Old Town, reached Planty Park and flooded Wolska, Smoleńsk and Zwierzyniecka Streets. Flooded were also Nowy Świat, Piasek, Nowa Wieś, Czarna Wieś, Łobzów, Półwsie Zwierzynieckie, Błonia, Grzegórzki and Dąbie, and on the other side of the river, Dębniki, Zakrzówek, Ludwinów, Podgórze and Płaszów. Destructions were reported in 1,240 buildings, 15 factories and 45 production plants. Damages were calculated at 4,637,000 crowns.The City Council demanded from the Austrian authorities that profound river engineering works be performed on the Vistula River. The construction of a flood control system in Kraków and Podgórze was to be funded by the state (part of the investment would be borne by the Governorship). The Kraków municipality contributed land for the construction. The boulevards were designed by Roman Ingarden, hydraulic engineering, designer of the Kraków water supply system, from 1905 the head of the Water Department in the Kraków Governorship office.Ingarden was assisted in his studies and design work by the engineers Adam Bielański and Artur Born.The construction (from 1907) was managed by the local branch of the Directorate for the Construction of Waterways. The site manager was the senior construction adviser and engineer Jan Czerwiński.

The outer walls of the boulevards were rested on concrete strip footing with the external stone facing of dimension stone (of Chrzanów dolomite ashlars) and string panels of the gray Silesian granite. The lower walls were set on the concrete foundation slab, sheltered from the water side by wooden cubicles. The lower boulevard walls received Silesian granite facing and string panels. Also the aesthetics was among the first priorities: the visual design of the structure was made by the Lviv architect Jan Peroś. The wall was divided by heavily rusticated pilasters (just like the face of the external walls). The upper part of the walls (under the string panel) was divided by pillars supporting pointed-arch, concrete bays. When designing the hydro-technical structures, they were adapted to act as auxiliary wharfs. By linking the high, upper retention wall with the lower one (directly set in the riverbed), transshipment wharfs were created of a width of 16.5 m on the Podgórze side and of 20 m on the Kraków side. They were accessed by stairs, ramps, and even railway loading platforms (non-existent). On the right side of the river, in the fields of Płaszów and in the old riverbed of the Vistula in Dąbie, there was a plan to build a river port for inland navigation. On the left bank, Zieleniewski Company was to build a shipyard. Damming was planned to facilitate the navigation of steam vessels and barges, so a weir was designed with an outflow canal. The construction was interrupted by the outbreak of WWI. The work continued in the interwar period but was stopped due to WW2 again. Finally, the engineering works on the Vistula River within the city limits were completed in 1955. The commissioning in 1961 of the Dąbie Barrage raised the water level in the city center by about 3 m (compared with the previous condition), thus enriching the landscape values ​​of the river and increasing the attractiveness of the boulevards.  Ever since, the complex of boulevards and embankments within the administrative boundaries of the city of Kraków has been an effective flood protection, which was confirmed during the floods of 1970, 1994, 1997 and 2010. For a long time, the boulevards were regarded as a single body, sometimes divided into the left- and right-bank, or Kraków and Podgórze sections. Their sections were named after Kraków mayors: M. Zyblikiewicz, B. Drobner and Z. Sakiewicz. Yet, in 1991 the boulevards of the Old Town, Zwierzyniec, Podgórze and Dębnik were divided into smaller sections and given new names. Probably, filled with patriotic emotions, the city councilors chose the names which in no way relate to the river or the city's history (with the exception of Rodło). Today, they are made up of: Kraków side - Rodła Boulevard [between the mouth of the Rudawa River and Dębnik Bridge], Czerwieński Boulevard [from Dębnik Bridge to Grunwald Bridge], Inflancki Boulevard [between Grunwald Bridge and Józef Piłsudski Bridge], Kurlandzki Boulevard [between Józef Piłsudski Bridge and the barrage and lock in Dąbie]; Podgórze side - Poleski Boulevard [between Dębnik Bridge and Grunwald Bridge], Wołyński Boulevard [between Grunwald Bridge and the mouth of the Wilga River], Podolski Boulevard [between the mouth of the Wilga River and the railway bridge in Zabłocie].

Compiled by Roman Marcinek, Regional Branch of the National Heritage Board of Poland in Kraków, 24.07.2014. 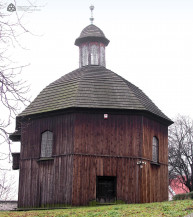 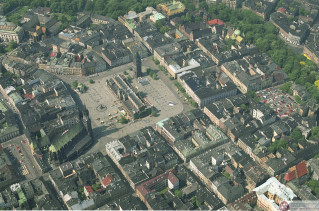 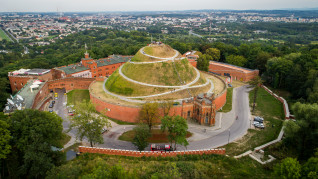 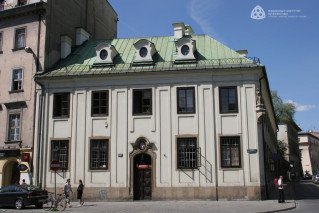 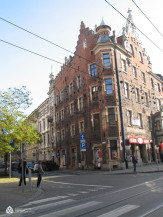 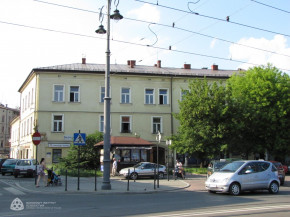 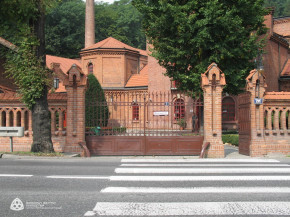 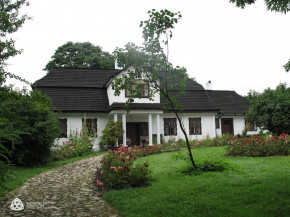