Complex of the parish church of St. Florian and Assumption of the Blessed Virgin Mary

The church in Czarnca is an interesting example of one of architectural trends characteristic of provincial sacred construction in the times of Vasa kings in Poland . Its interior houses a collection of memorabilia of Stefan Czarniecki, the hero of Swedish deluge.

The original, wooden church, according to Kasper Niesiecki, existed already in 1184. The first mention of the local parish dates back to 1326. The existing, brick church was founded in 1640 by Stefan Czarniecki. Its construction was completed probably in 1659. Around 1662, a sculptor from Pińczów, Tomasz Hinkowicz, completed the main altar. In 1665, the founder was buried in the church. In 1668, the church was consecrated. In the next years, no later than until the end of the 17th century, the present belfry was erected. In the 3rd quarter of the 18th century, a thorough renovation of the church was carried out, with replacement of some fittings. In 1794, the building was plundered by the Russian army. In 1825, a porch was adjoined to it, converted in 1850 into a chapel. In the 19th and the early 20th century, the belfry and church were renovated a number of times. In 1907, when remnants of Czarniecki was transferred to a new coffin, a monument devoted to him was placed in the internal wall of the presbytery (design by Czesław Makowski). In 1935, an impressive monument with a sarcophagus (design by Zofia Trzcińska-Kamińska) was placed in the church. In the sarcophagus, in 1937, in the presence of a multitude of the faithful and church and state officials, ashes of Czarniecki was buried. In the 1930s, the church complex was thoroughly renovated. In 1956, fire destroyed the roof and part of décor (stucco work on the vaults) and fittings (main altar and its pipe organ) of the church. In 1957-60, inter alia roof and stucco decoration on vaults were repaired. In the next decades, a number of conservation and restoration works were carried out in the church and the belfry (among other things in 2002-2011, structures related to the Czarniecki family were consecrated).

The church complex, situated in the northern part of the village, occupies the central area of an irregular square surrounded by a brick wall. It is comprised of an oriented church situated in the centre and a free-standing belfry north-east from the church. The church is a Baroque, one-nave building comprised of a rectangular nave and a slightly lower, rectangular presbytery with a cupola abse. From the north, the presbytery is adjoined by a rectangular sacristy with a small treasury on the first floor. By the southern wall of the nave, there is a low, square chapel. The structure is made of stone and brick, and entirely plastered. It was covered with a gable roof embraced with elaborated gables (over the nave with a steeple in the middle, and over the presbytery and chapel), and a gable roof with a hip end (over the sacristy). Façades of the church, divided by pilasters, are enriched by window surrounds with accentuated upper corners. The western façade with a volute-shaped gable is emphasised by stone architectural detail (portal, niche surrounds, windows), and sculptures (of St. Stanislaus and St. Florian, and "marble" slabs — attributed to the workshop of Chęciny) of the 50s and 60s of the 17th century. The side entrance is emphasised by a "marble" slab of 1652 which was brought from the manor house of the Czarniecki family, as it is traditionally believed (attributable to the workshop of Chęciny). The church's interior is separated by doubled pilasters and surrounded by a pronounced cornice. It is covered by a barrel vault with lunettes (in the nave, presbytery, and chapel); and a double barrel vault in the sacristy. In the western part of the nave, there is a three-arcaded choir gallery (pillars in the middle arcade feature chamfered corners).  Vaulting of the nave, presbytery, and face of the choir gallery are covered with lavish stucco decorations from the early 60s of the 17th century (reconstructed in 1957-60); a plainer decoration of this type can be found in the chapel and the sacristy. From the original fittings of the church, depleted by the fire in 1959, the following items survived, among other things: a Baroque ambo from the 3rd quarter of the 17th century, inlaid pews from the 2nd quarter of the 18th century, side altars originating from the 50s-70s of the 18th century (the southern altar features a "miraculous" picture of St. Thecla), two monuments of Stefan Czarniecki (of 1907 and 1935), and a "marble" baptismal font of 1640 (attributed to the workshop of Chęciny). The chapel houses items related to Stefan Czarniecki, including, among other things: in the altar from the 3rd quarter of the 17th century: an icon of Our Lady of Mercy with a silver "dress"  originating from the late 16th-early 17th century (by Stroganovov school?, according to traditional account, it was originally present in the field altar of the Hetman) and a painting of 1665 portraying him on a horse  (it is traditionally believed that the painting accompanied the corpse of Czarniecki when moved from Warsaw to Czarnca, and was used during his funeral). The belfry is a Baroque, two-storey building on a square plan, with buttresses in the corners. It is made of stone and brick, plastered outside, and covered with a sheet metal roof with a lantern in the middle. Its interior houses a bell, probably brought by Stefan Czarniecki from Moscow, re-cast in 1731.

The historic building is accessible to visitors. It may be visited upon prior telephone appointment.

Compiled by Łukasz Piotr Młynarski, Regional Branch of the National Heritage Board of Poland in Kielce, 20.08.2014. 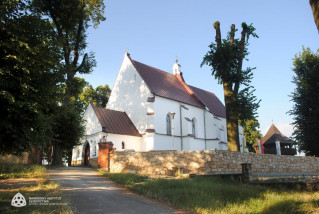 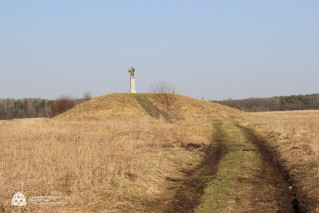 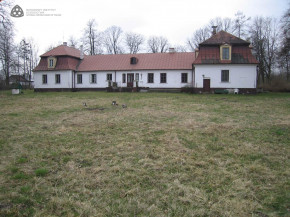 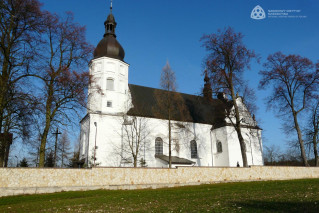 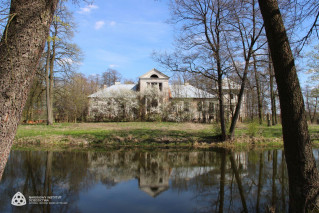 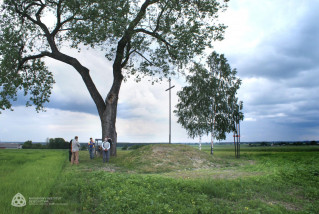 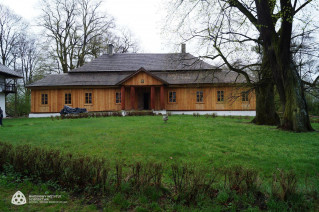 The parish church of the Margaret