The Greek Catholic parish tserkva of Our Lady’s Protection

The tserkva in Chyrowa forms an example of ecclesiastical architecture of the western and central Lemkovyna; researchers specialising in the field of architecture of this type designated these churches as the north-western type tserkvas, also referred to as the “younger variant”. The tserkvas of this type differ from the classic Lemkovyna tserkva design in that they feature elongated narthexes and cornices in lieu of blind clerestories separating the individual tiers of roofs; another distinguishing feature was the practice of building sacristies at the same time as the main body of the church. A feature peculiar to the Chyrowa tserkva which serves to differentiate it from the typical churches of the Lemkovyna region is also the presence of multi-faceted domed ceilings assembled from wooden logs in both the nave and the chancel; ceilings of this kind have only become a common feature in the much later tserkvas of the eastern Lemkovyna, built in the 19th century.

The tserkva was most likely erected in 1780 (as evidenced by the date - June 21, 1780 - inscribed on the lintel of the western portal in both Latin and in Cyrillic script. According to some researchers, the stone chancel and sacristy are actually the oldest sections of the building, having been erected in 1707 or 1770. In 1932 the tserkva underwent a comprehensive restoration, with the rear storage section traditionally referred to as the zachata being dismantled; the choir gallery was modified, the narthex ceiling replaced and the roofs covered with sheet metal. The Chyrowa tserkva was the parish tserkva of the Dukla deanery. Following the relocation of the Ukrainian residents of the area, the tserkva was taken over by the Roman Catholic Church. It served as a filial church of the Dukla parish. In 1982, demolition works have begun, although, fortunately, they have not proceeded far. The building was then transferred to the Iwla parish in 1983. During the late 1980s and the early 1990s the tserkva was subjected to comprehensive restoration works.

The tserkva is orientated towards the east and stands in the central part of the village, in the Iwielka stream valley, on the eastern side of the Iwla-Mszana road. The area around the tserkva is surrounded with a wall built using field stones. A number of gravestones survive in the yard around the church.

The building itself features a tripartite structure consisting of a square chancel terminating with a semi-circular apse (abutted from the north by a rectangular sacristy which also features an apse, semi-circular in shape, at its northern extremity), a slightly wider nave built on a rectangular floor plan as well as a narrower, rectangular narthex crowned with a tower and preceded by a small, rectangular vestibule.

The body of the building is made up of three main sections, i.e. the brick and stone chancel, the nave, which is both more monumental and taller than the chancel, and the dominant tower above the narthex; the changing pitch of roof surfaces and the diversity of shapes of the roofs themselves - all of which are crowned by bulbous steeples with faux lanterns - add an element of variation to the overall shape of the structure.

The chancel and sacristy are masonry buildings made of split stones and a small amount of bricks, their walls covered with plaster. The nave, narthex and vestibule are made of wooden logs; the tower above the narthex, on the other hand, features post-and-frame structure, slanted walls and a faux belfry on top of the tower. The wooden log structure of the nave is reinforced with clamps. The wooden section of the tserkva sits on a stone footing. The walls of the wooden part of the tserkva are clad with wood shingles, with the exception of the faux belfry, which features weatherboard cladding. A small apron, clad with wood shingles, is carried around the wooden part of the tserkva, protecting the sill plate against the elements. The roofs above the nave, chancel and sacristy take the form of eight-faced domes divided into two vertical sections, topped with faux roof lanterns with poppy head-shaped cupolas and iron crosses. The tower is covered with a roof made up of four convex planes forming a shape approximating that of a bell, topped by a bulbous cupola. The porch features a gable roof. All roof surfaces covered with sheet metal.

Inside, both the nave and the narthex feature eight-faced faux domes made of wooden logs (although the one in the chancel is practically at the level of the actual ceiling and features broad facets made of wooden logs). The narthex features a cloister vault with a flat centre section, while the sacristy and the vestibule have flat ceilings. The narthex opens towards the nave at its entire width and at nearly its entire height. The overhanging choir gallery is located in the western part of the narthex. The window openings are rectangular, except for the nave, which features paired windows with segmental arches. The western portal features an ogee-shaped lintel. The surviving interior fittings include the iconostasis, originating most likely from the late 18th century, as well as the altar, which probably dates back to the fourth quarter of the 18th century.

The building is available all year round and may be visited upon prior telephone appointment.

Compiled by Ryszard Kwolek, Regional Branch of the National Heritage Board of Poland in Rzeszów, 11.09.2014. 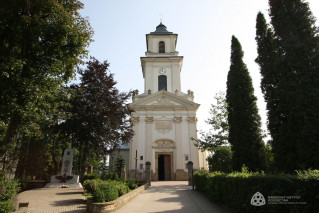 Bóbrka - The Oldest Oil Mine 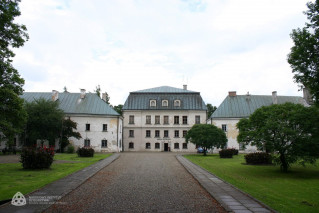 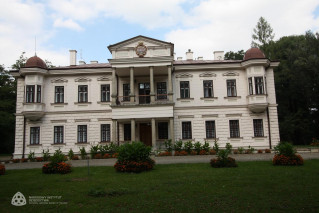 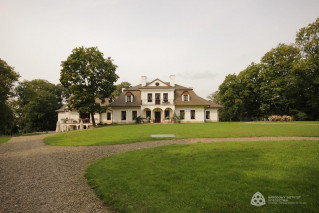 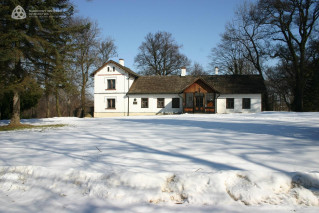 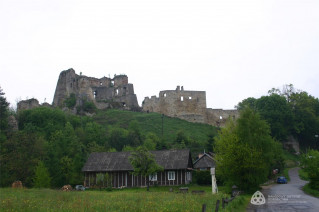 Ruins of the Kamieniec castle 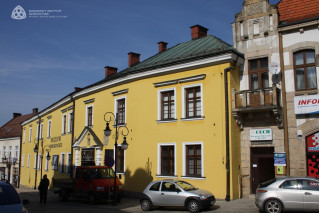 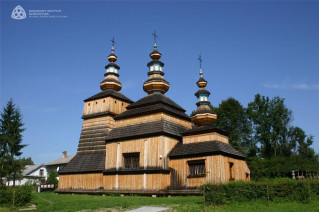