Brzeg, initially an early medieval fishing village, subsequently expanded to become a large town situated on the Oder River, at the junction of trade routes connecting the most important cities of medieval Silesia with the neighbouring countries. With its rich history and multitude of fine historical monuments, this ducal residence became known as the capital of the very last duchy under the Piast dynasty.

The foundation charter was issued ca 1248 by Duke Henry III of Wrocław, allowing the small settlement to transform into an urban centre with its original layout still evident today, the castle built for the ducal governor, and the surrounding defensive walls. In 1311, Brzeg became the capital of the Duchy of Brzeg, which would be ruled by members of the Legnica-Brzeg branch of the Silesian Piast dynasty for almost four centuries. The town hosted a number of monastic orders and featured several impressive churches. This, with the duke’s patronage as well as the growth of trade and the wealth of local burghers made the town flourish. The growth dynamic increased in the second half of the 14th century, under the reign of Ludwik I. The duke extended the castle and erected a collegiate church in its immediate vicinity. He also supported a complete rebuilding of the parish church of St Nicholas. The town hall was redesigned after the it was damaged by fire in 1380. Another period of glory and dynamic growth of the city came in the 16th century, under Duke Fryderyk II and Jerzy II. At that time, the Duchy of Brzeg became part of a great dominion known as the Duchy of Legnica, Wołow and Brzeg.

Duke Fryderyk II’s reign coincided with the triumph of the Reformation and at the same time a period of substantial economic growth with a flurry of building activity, experienced both by the town and ducal castle. Owing to the looming Turkish threat, the town was surrounded with stateof- the-art fortifications, while the duke’s evident fascination with the Royal Wawel Castle in Krakow (most likely strongly supported by his first wife, Elżbieta, a daughter of Poland’s King Sigismund I the Old) and generally with Renaissance art he saw in Italy, resulted in bringing Italian builders and sculptors to Brzeg, and in an extensive redesign of the ducal residence. The construction works continued under Fryderyk’s son and successor, Jerzy II. In the 16th century, Brzeg became an important artistic centre, with local artists gaining recognition and commissions from neighbouring countries and ducal and royal courts. It was the onset of the Thirty Years’ War that diminished the town’s glory, while the death of Duke Jerzy Wilhelm, the last member of the ruling Piast dynasty, in 1675, brought an end to the town’s golden days. The former duchy was incorporated into the Habsburg monarchy, which was followed by the Counter-Reformation. In 1741, both the castle and the town suffered damage while besieged by King Frederick II of Prussia, and one year later with entire Silesia it became part of the Kingdom of Prussia.

One of the most salient features of the town’s layout and one of the most valuable Renaissance monuments in Poland is the complex of ducal castle. Rising above the neighbourhood and dominating the urban space, it remains the most significant part of the town’s cultural landscape.

The first structure to appear on the site was a small, fortified manor-house, probably of wood, erected in 1235 for the ducal governor. In 1296, it was replaced by a brick fortified tower, and in the second half of the 14th century, on the order of Duke Ludwik I, a large, Gothic citadel was erected which served as the ducal residence, and the adjoining church of St Hedwig. In following years a series of construction works was carried out at the castle, of varying scope and nature.

It was under Duke Fryderyk II (1480–1547) that significant changes came to the Brzeg residence. The castle was fortified and incorporated into the complex of modern, bastions and curtain walls of the town. Also the southern and eastern wings of the castle were erected (1541–47). Rebuilding works were continued in the 1550s and the 1560s by Duke Jerzy II (1523–1586), when the northern wing was erected, and the two existing wings were rebuilt; the most notable addition being the impressive, colonnaded cloisters surrounding the courtyard. The gatehouse was likewise redesigned, receiving a new, highly ornate facade (1550–54). The finishing works were not completed until the 1580s.

Fascinated, like his father, by both the Italian Renaissance and its Krakow variety, Duke Jerzy II entrusted further construction works to Italian architects and stoneworkers brought to Brzeg from Bissone and Lugano in northern Italy. The architectural design for the residence was prepared and implemented by Giacomo Parr, in cooperation with his brother Francesco and his son Giovanni Battista, with Bernard and Pietro Niuron being responsible for the fortifications. Italian and Silesian workers and sculptors implemented the residence extension project under their direction. This resulted in what is widely considered to be one of the finest Renaissance residences in Silesia, dubbed the “Silesian Wawel” – very rightly as regards both its models and artistic values.

The castle in Brzeg is made up of a trio of elongated wings and a curtain wall which replaces the now-defunct northern wing, all of them surrounding the expansive courtyard which follows an irregular, trapezium-like shape. The three-storey wings feature tall roofs which had once featured lavishly designed, Renaissance wall dormers. In the past, the castle main body was dominated by the towers of the collegiate church, a decorative turret above the gatehouse and the Tower of Lions – a relic of the vanished Gothic-era castle. All of the wings of the castle featured a single-bay interior layout, with individual rooms being accessible from the cloisters. The colonnaded stone cloisters, designed by Francesco Parr and evidently inspired by the Wawel Castle, feature elaborate sculpted detailing and are divided into three levels, much like the castle wings, with the two lower levels coming equipped with vaulted ceilings and interconnected by a series of arches, while the uppermost level, slightly lower than the other two, features an entablature and wooden ceilings. The staircases connecting the individual storeys to the courtyard below were in the corners formed by the castle wings.

One of the most remarkable features of the complex is the gatehouse, which was redesigned and lavishly decorated in 1550–54 by Francesco Parr. The rectangular, impressive building had once been surmounted by a belvedere with a tall turret topped with a cupola with arcaded terraces. It projects visibly from the southern wing and features a sophisticated, ornate silhouette and spectacular sculptural decorations.

The ground floor, with its spacious gate and a smaller pedestrian passage, reminds an ancient Roman triumphal arch. The upper levels of the gatehouse have three windows with a stone frame each. The design is topped by a rooftop balustrade, added at a later date, as well as the family crest of King Sigismund Augustus, which had formed part of the structure’s original decorative top section. The entire ideological concept of the facade decorations is evidently to serve a single purpose: to glorify the Duke of Brzeg as well as the Piast dynasty from which he originated, with all major parts of the decor following this overarching theme. Natural-size statues of Duke Jerzy II and Duchess Barbara Hohenzollern stand proud above the gate, accompanied by their respective family crests supported by squires clad in full suits of armour. The two sections of the wall between the windows on the first and second floor incorporate busts of Polish dukes and kings, from the legendary King Piast to Bolesław the Tall; and Silesian Dukes, from Henry the Bearded to Fryderyk II, Duke Jerzy’s father. The portrayals of the rulers were based upon the woodcut images contained in the Polish Chronicle by Maciej Miechowita, published in Krakow ca 1518. The facade decor is supplemented by numerous pilasters topped with decorative capitals, cornices and lintels, all of them adorned with lavish ornamental and zoomorphic motifs which remain excellent examples of Renaissance sculpture.

The last element of the castle complex is made up of the collegiate church of St Hedwig. Erected as a chapel in the 1340s, was extended significally by Duke Ludwik I to serve also as a resting place. After being taken over by Protestants, the Gothic church was redesigned in the Renaissance style ca 1567 by Duke Jerzy II. A mausoleum for members of the Legnica-Brzeg branch of the Piast dynasty, filled with sepulchral monuments and epitaph plaques, was located in the presbytery, forming a spatially distinct section of the church. The underground level was adapted to serve as the family crypt. With the exception of the Gothic presbytery, the collegiate church was destroyed during the siege of Brzeg in 1741. When reconstructed in the 1780s, the structure of the building was totally transformed. The Piast mausoleum was abolished, together with the lavish interior decor in Renaissance and Mannerist styles; instead a new, Classical design was introduced, with certain elements of the Gothic and Renaissance eras.

The castle complex at Brzeg – the final residence of the Silesian Piast dynasty and a monument to their glory – is a valuable example of Renaissance architecture and sculpture, meticulously reconstructed following the neglect and damage sustained over the last two centuries. Today, it serves as the Museum of the Silesian Piasts, with one of the exhibitions being a gallery of a few dozen richly decorated sarcophagi with the bodies of the last ruling branch of the Piast dynasty, which have been preserved inside the former crypt beneath the now-vanished mausoleum. 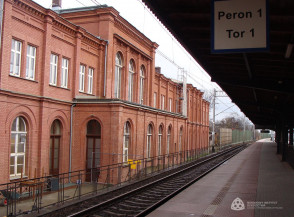 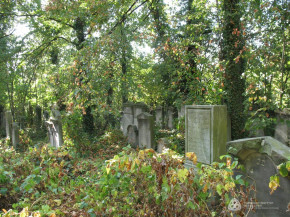 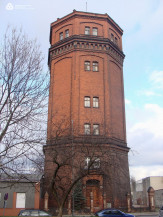 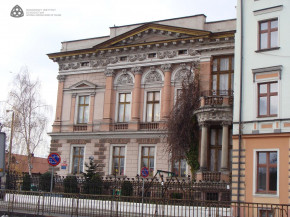 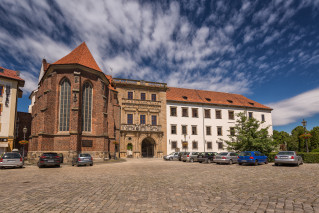 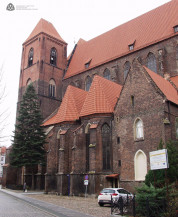 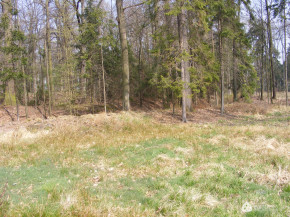 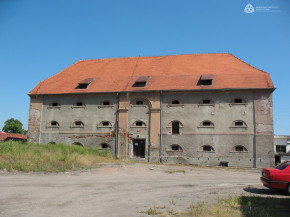 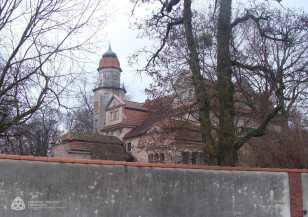