individual and monumental spatial arrangement demonstrating daring plans, execution and technique of the former industrial construction, as well as the landscape value of the complex

The former blast-furnace plant is one of the monuments of technology which has developed for centuries in the region today known as Świętokrzyskie. The northern part of the region which is now referred to as Old-Polish Industrial Region or Old-Polish Industrial Area, was a site for ore mines, blast furnaces, iron works and manufactures of tools and armaments. Planned industrialisation started after 1815, in what then constituted Russian Partition, mainly due to the activity of Stanisław Staszic, priest Drucki-Lubecki, and the Bank of Poland.  The remains of the blast furnace works originate precisely from that period. The construction was started in 1926 in accordance to a design by mining consultant Lempe, which envisaged five blast furnaces along with accompanying structures. Until 1830, the following structures were built: a reserve pond with lower and upper channel, retaining wall for the plant area on which warehouses, coal depots, auxiliary furnaces and residential buildings were erected; the blast furnaces themselves were not constructed - work had been stopped by the November Uprising, and was never resumed thereafter. In 1833, the Bank of Poland, the then owner of the facility, located a nails manufacture in Bobrza, which was liquidated in 1863. In 1873, the works went under management of the Kielce District Office, and as of 1884, they became private property. Subsequent owners carried out their own craft activities here - first, there were blacksmith workshops, then a weaving plant. Supposedly, no new investments were carried out, and the activities were based on the former, adapted, and partially converted structures. Weather conditions (including floods), lack of one purpose, or often improper use resulted in degradation and partial destruction of the complex. In the times of the Polish People's Republic, the works were nationalised, and the Knitting Plant "Elekta" was housed in the complex. In the 1920s, the plant discontinued its activities. In the meantime, the site of the former blast furnace plant and the adjacent area of the water system underwent numerous proprietary changes and their actual status is as follows: area of the former plant (along with the retaining wall) — property of Miedziana Góra commune; water system area and part of the residential estate - private property. In the years after the war, renovations and partial reconstruction of the retaining wall were carried out, as well as maintenance renovations of the buildings in use; the water system was converted for the purposes of a recreational resort. In the recent years, the commune started activities (projects, cleaning works and renovation) aimed at providing access to the former plant and developing the area for public purposes.

The structure is located near the Kielce-Łódź route — at present in Miedziana Góra commune. It is situated on a wide plateau with a steep slope descending to the west, to the river Bobrza, which flows at the foot of the hill. The hill (probably after necessary levelling), surrounded with a retaining wall, was earmarked for the plant site. The intention of the constructors of the early 19th century was that the new industrial complex (located on two levels - a difference of approx. 17 m) would comprise: a complex of production preparation and administration buildings (on the plateau), formidable retaining wall, system of blast furnaces (at the feet of the wall), water system (connected with the river Bobrza), and residential estate with auxiliary buildings (farther into the plateau). The planned size of the complex was impressive - it were to be the largest blast furnace iron smelters comprising the key facilities of the Old-Polish Industrial Area. Only part of the complex was built: the retaining wall, part of production buildings, part of the water system, and the residential estate. Retaining wall - due to its impressive size, thoroughness of craftsmanship and shape reminiscent of the old tradition of earth ramparts, it is without equivalent in Poland. Built on a plan of a shallow U, with total length of approx. 500 m, it is up to 16 m high, ca. 5.5 m thick at the base, and approx. 3.5 thick at the top section. It is made of local sandstone in different shades of brown. It is comprised of irregular main core and external face bound with it, and bricked up horizontally. In times of its existence, the wall was most probably many times repaired and secured and the state of preservation of its individual parts varies. The most spectacular (and best preserved) is its southern part, comprised of two perpendicular sections — a southern and a western one; in the substantial part, the height of the wall preserved is similar to its original height - approx. 16 m. The central and northern sections were heavily destroyed — they are interrupted by landslide slopes, pond marsh, overgrown with vegetation and devoid of the face layer. Water system was planned as a whole and never completed. Until 1830, some elements of the system were built — the bottom working channel, water wheel cage, parts of earth dam, and possibly also the upper working channel. Most of them were obliterated over years by the forces of nature and by human intervention (conversions and adaptations). The system was used, inter alia, for the purposes related to a mill, fish ponds, and recreational resort. At present, the lower working channel and the stone abutment of the weir are discernible. Two coal depots were located on the upper terrace of the blast furnace works. The remains of the southern depot - built on a rectangular plan, survived until today. It was a single-storey structure, with basement and gable roof, made of local split sandstone with brick elements; originally, it was carefully finished and had a wooden shingle roof. At present, only its outer walls and the pillar structure of the ceiling over the basements exist. The building of the former management (smelter master house), which is located further on to the south-east, is a single-storey structure built on a rectangular floor plan, with a half-hip roof. Currently used as a residential building, it retained its original fabric to a significant extent. Also the following buildings survived (even if significantly converted): former industrial hall and part of residential buildings of the in-house estate. The buildings show signs of modest, but stylish Classicist development; they represented robust construction technology of that time, skilfully adapted to the functions dictated by the industry.

Area of the complex is mostly accessible.

Compiled by Włodzimierz Pedrycz, Regional Branch of the National Heritage Board of Poland in Kielce, 28.08.2014 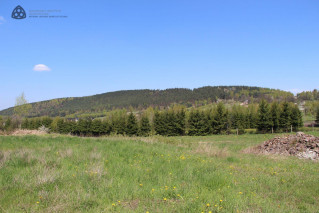 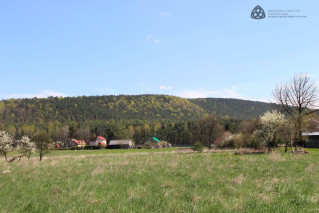 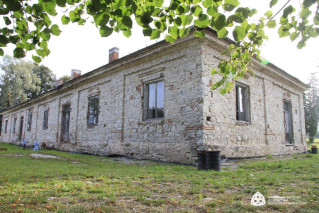 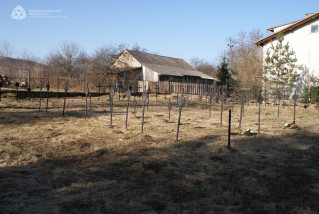 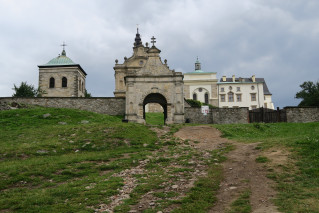 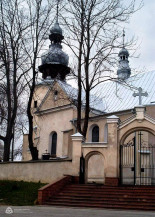 Parish church of St Andrew the Apostle, today the parish of St Nicholas the Bishop and Martyr 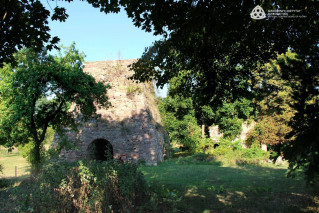 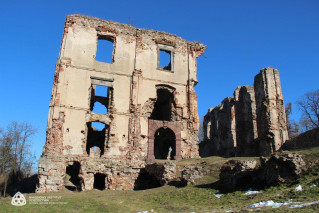